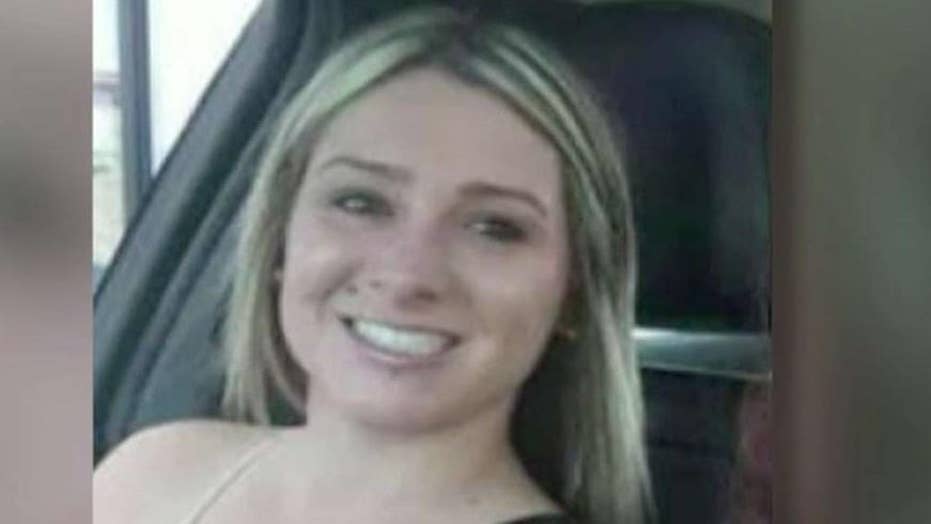 One suspect is in custody after the decomposed body of Savannah Spurlock is found on a rural property in Kentucky; Matt Finn reports on the investigation.

Human remains discovered at a Kentucky home were identified as Savannah Spurlock, putting an end to the monthslong search for the 23-year-old mother, police announced Thursday.

Trooper First Class Robert Purdy with Kentucky State Police told reporters on Thursday afternoon that the remains found just before midnight on the property were identified as Spurlock after an autopsy took place.

The medical examiner has not yet announced the cause of death, Purdy added.

Spurlock’s father told Fox News earlier Thursday that "justice has been served" after crews discovered the remains at a home believed to be the 23-year-old's last known location and a person of interest was arrested.

David Sparks, one of the last people believed to be with Spurlock, was taken into custody just before 2 a.m. Thursday and charged with tampering with physical evidence and abuse of a corpse. He was booked into a jail in Madison County. He has "since been taken to the Lincoln County Regional Detention Center," Purdy told reporters on Thursday, adding that detectives will continue their investigation over the coming days "into what led to the death and disappearance of Savannah Spurlock."

Purdy said "additional information may be released" in the near future.

Cecil Spurlock, 52, told Fox News in an exclusive interview that he'd "begged God" to bring the search for his missing daughter to an end.

"For the last week, I begged God, 'Let’s have closure on it,'" the elder Spurlock said. "He did it."

According to an arrest citation, police received a tip about a foul odor at a Garrard County property Wednesday afternoon. Unidentified remains were discovered that night "concealed in an unnatural position beneath the surface of the ground," the citation states.

Spurlock, a mother of four who had given birth to twins in December, "went missing on Jan. 5 after leaving a Lexington bar with three individuals," Purdy told reporters, adding that her last known location was at Sparks’ home in Garrard County, which is located some 40 miles from the bar.

David Sparks was charged with abuse of a corpse and tampering with physical evidence after human remains were found at a home believed to be the last known location of missing Kentucky mom Savannah Spurlock. (Madison County Detention Center)

"As part of the initial investigation by [the] Richmond Police Department, the three men last seen with Savannah Spurlock were identified and interviewed, one of which was David Sparks," Purdy told reporters.

"The investigation indicates that Savannah Spurlock was seen at the residence of David Sparks during the morning hours of January the 5th."

Purdy added that Sparks, 23, of Lancaster, Ky., was arrested early Thursday morning "in connection to the recovery of Savannah Spurlock’s body."

"As a result of the ongoing investigation, the information that we had based upon her location, where she was located, we felt that the abuse of a corpse and tampering with physical evidence was a charge that we could actually charge him with this morning," Purdy told reporters, adding that the other two men were not immediately charged.

"After the discovery of the body early this morning and late last night, we’re really still pretty early into this investigation," Purdy told reporters.  "Over the coming days and weeks, there’s going to be a lot of questions that we still have to answer."

The arrest citation said that in addition to the human remains, investigators found "items of evidence believed to be connected to the missing persons case" that was last known to be in the control of the missing person and Sparks.