House Judiciary Committee set to vote on whether to hold Barr in contempt
The House Judiciary Committee is set to proceed Wednesday morning with a vote on whether to hold Attorney General William Barr in contempt of Congress after late-Tuesday night negotiations stalled with the Justice Department over access to the full, unredacted version of Special Counsel Robert Mueller's report. Barr released a redacted version of the Mueller report last month, but Democrats wanted to see the entire document. In a letter written to House Judiciary Committee Chairman Jerry Nadler, D-N.Y., Assistant Attorney General Stephen Boyd wrote that, in the face of the committee's contempt vote, Barr would be "compelled to request that the president invoke executive privilege with respect to the materials subject to the subpoena."  It remained unclear whether Democrats would seek to hold Barr in civil, criminal, or inherent contempt of Congress. Regardless of which form it takes, a contempt charge against Barr would mark a major opening salvo in what could be a lengthy, acrimonious court battle between House Democrats and President Trump's administration over Mueller's report. 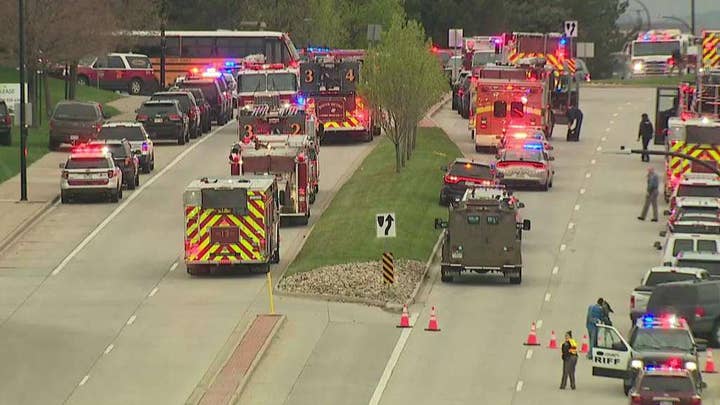 Colorado high school shooting leaves at least one dead, eight wounded; Two suspects in custody
Two suspects were in custody Tuesday night after a shooting at a Colorado high school left at least one person dead and eight others injured, according to authorities. The suspects were identified as 18-year-old Devon Erickson and a juvenile accomplice. The shooting took place at a STEM school in Highlands Ranch, a Denver suburb only about 7 miles from Littleton, site of the infamous Columbine High School mass murder in 1999.The coroner has not officially identified the student who died, but said the victim was an 18-year-old male. Authorities said they believe both Erickson and the juvenile suspect were students of the school, Douglas County Sheriff Tony Spurlock said at a news conference. Neither suspect was previously known to authorities, he added. 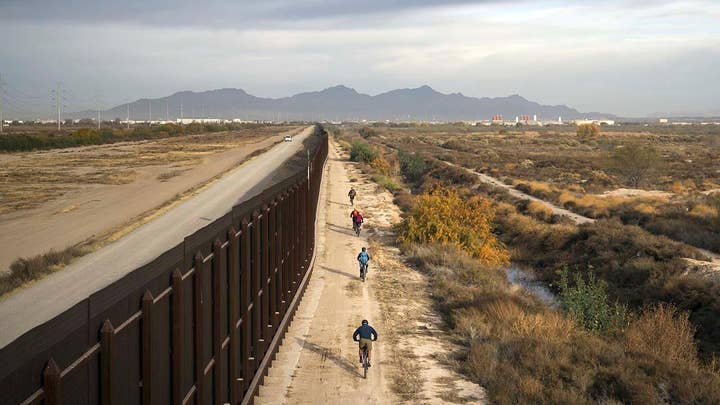 Appeals court upholds Trump administration policy on asylum seekers
The Ninth Circuit Court of Appeals late Tuesday granted the Trump administration's request to send asylum seekers back to Mexico to wait out court proceedings temporarily. The court order reversed a decision by a San Francisco judge that would have blocked the policy — giving President Trump a temporary victory on immigration. The case must still be considered on its merits at a lower court in San Francisco and could end up at the Supreme Court. U.S. District Judge Richard Seeborg ruled April 8 that the policy should be halted while a lawsuit, filed on behalf of 11 asylum applicants and several other organizations, proceeds.

In this photo released by the official website of the office of the Iranian Presidency, President Hassan Rouhani speaks in a cabinet meeting in Tehran, Iran, Wednesday, May 8, 2019. Rouhani said Wednesday that it will begin keeping its excess uranium and heavy water from its nuclear program, setting a 60-day deadline for new terms to its nuclear deal with world powers before it will resume higher uranium enrichment. (Iranian Presidency Office via AP)

Iran pulls out of parts of nuclear deal, sets 60-day deadline to renegotiate terms
Iran’s president said Wednesday the country will stop complying with parts of an Obama-era nuclear deal and set a 60-day deadline for new terms of the landmark pact before resuming higher uranium enrichment.Hassan Rouhani’s national address comes a year after President Trump withdrew the United States from the 2015 agreement. He said he wanted to negotiate new terms with the remaining partners in the deal. The breakaway could further escalate tensions between Tehran and Washington.

Reaction to an attempted hacking of Hillary Clinton revealed
Top Hillary Clinton aide Huma Abedin had a brief, but very telling, response in January 2011 when the technician overseeing Clinton's private home-based email servers told her that someone was trying to hack the secretary of state: "omg." ("Oh my God!) The revelation was contained in a trove of newly released, partially redacted FBI documents from the agency's investigation into whether Clinton mishandled classified information -- a probe known as the "Midyear Exam." The document release reveals numerous episodes in which the Clinton team either suspected it had been hacked or seemingly acknowledged that security measures had come up short.

Tiger praised for 'not conforming' to Trump haters
Tiger Woods was chided Monday night moments after receiving the Presidential Medal of Freedom award from President Trump. His remarkable victory at the Masters a month earlier seemed like a distant memory. Some critics questioned whether he deserved the award; other noted his business dealings with the Trump organization. Some argued that Woods would be forever tainted for his association with Trump. The Baltimore Sun's editorial board was particularly scathing, writing that it "wish[ed] Mr. Woods would have taken a stand against hatred and declined the award given the racial and ethnic rift Mr. Trump has widened and exploited in the country since taking office." Still, Fox News contributor Tammy Bruce praised Woods for standing by his relationship with Trump. "He likes the president," she said on "The Story with Martha MacCallum."  "I'm glad that he's not conforming." Bruce called Woods "the perfect recipient of the Medal of Freedom."

#TheFlashback
1987: Gary Hart, dogged by questions about his personal life, including his relationship with Miami model Donna Rice, withdraws from the race for the Democratic presidential nomination.
1978: David R. Berkowitz pleads guilty in a Brooklyn courtroom to murder, attempted murder and assault in connection with the "Son of Sam" shootings that claimed six lives and terrified New Yorkers. (Berkowitz would be sentenced to six consecutive life prison terms.)
1945: President Harry S. Truman announces on radio that Nazi Germany's forces have surrendered, and that "the flags of freedom fly all over Europe." 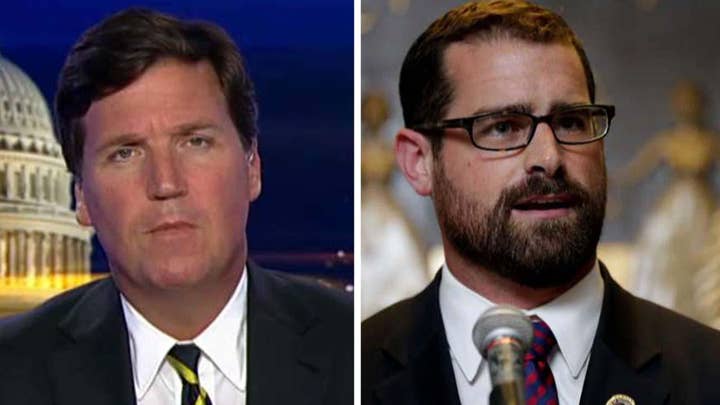 Do you consider yourself an Influencer? Become a trusted adviser in our FOX News community and help guide our brand’s future. Click here to find out how.

Fill out our qualification survey and join us. Thank you for your continued support in our company's growth