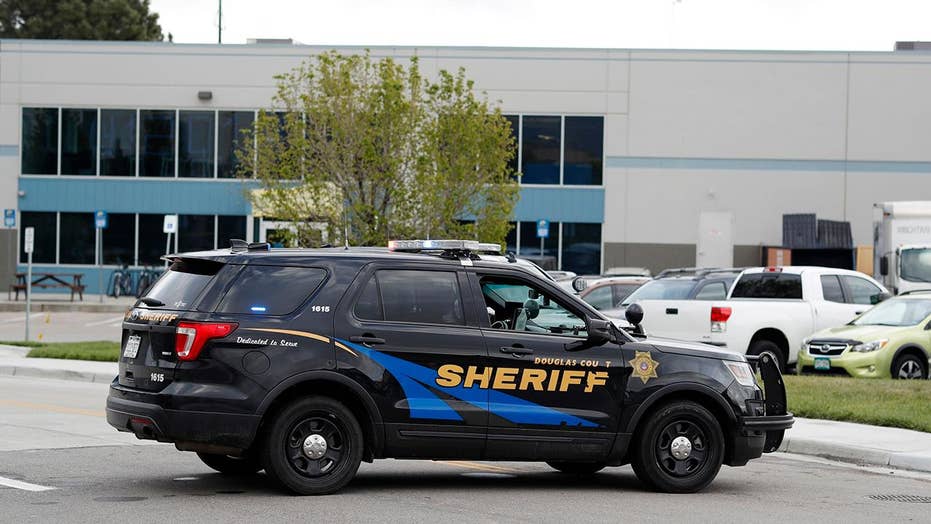 An underage female student at the STEM School Highlands Ranch is one of the two suspects in custody of Colorado police; Jonathan Hunt reports on the latest in the case.

Two suspects were in custody Tuesday night after a shooting at a Colorado high school left at least one person dead and eight others injured, according to authorities.

The suspects were identified as 18-year-old Devon Erickson and a juvenile accomplice. The shooting took place at a STEM school in Highlands Ranch, a Denver suburb only about 7 miles from Littleton, site of the infamous Columbine High School mass murder in 1999.

"It is with extreme sadness that we can confirm that 1 student at the STEM School was killed in today’s #stemshooting incident," the Douglas County Sheriff's Office wrote in a Twitter message. "The immediate family has been notified."

The coroner has not officially identified the student who died, but said the victim was an 18-year-old male.

On Tuesday, authorities said they believe both Erickson and the juvenile suspect were students of the school, Spurlock said. Neither suspect was previously known to authorities, he added.

The suspects "walked into the STEM school, got deep inside the school and engaged students in two separate locations," the official said. "There were a number of students that were shot and injured."

Of the eight students taken to nearby hospitals, several were listed in critical condition, according to Spurlock. But at least four others were released by Tuesday night. "No staff or officers" were injured, the sheriff's office tweeted.

The first deputies responded to the scene within minutes of being notified of a shooting taking place at the school "and engaged the suspects," the official said.

"As officers were arriving at the school, they could still hear gunshots," Douglas County Undersheriff Holly Nicholson-Kluth said.

No other suspects were being sought, Spurlock said, adding that authorities "have all the people that are involved." Douglas County Undersheriff Holly Nicholson-Kluth had said earlier that a third suspect may have remained inside the school.

Authorities are working to secure warrants to search both suspects' homes, as well as a suspect vehicle, Spurlock said.

Police and others are seen outside a recreation center where students are reunited with their parents, in the Denver suburb of Highlands Ranch, Colo., after a shooting at STEM School Highlands Ranch on Tuesday. (AP Photo/David Zalubowski)

The sheriff's office previously tweeted that law enforcement responded at 1:53 p.m. local time to a "call of shots fired in school."

Authorities urged the public to avoid the area.

Multiple units from the South Metro Fire Rescue reported to the scene to help, the agency said on Twitter. The Denver office of the federal Bureau of Alcohol, Tobacco, Firearms and Explosives (ATF) also tweeted that its personnel were responding.

Colorado Gov. Jared Polis wrote on Twitter that his office was "monitoring the situation in real time" while offering condolences to those affected.

The shooting took place a week after a gunman killed two students and wounded four at the University of North Carolina-Charlotte and nearly three weeks after neighboring Littleton marked the 20th anniversary of the Columbine school massacre that killed 13 people.

The STEM School Highlands Ranch is a public charter school with more than 1,850 students in kindergarten through 12th grades. STEM refers to science, technology, engineering and mathematics, the key areas of the school's curriculum.