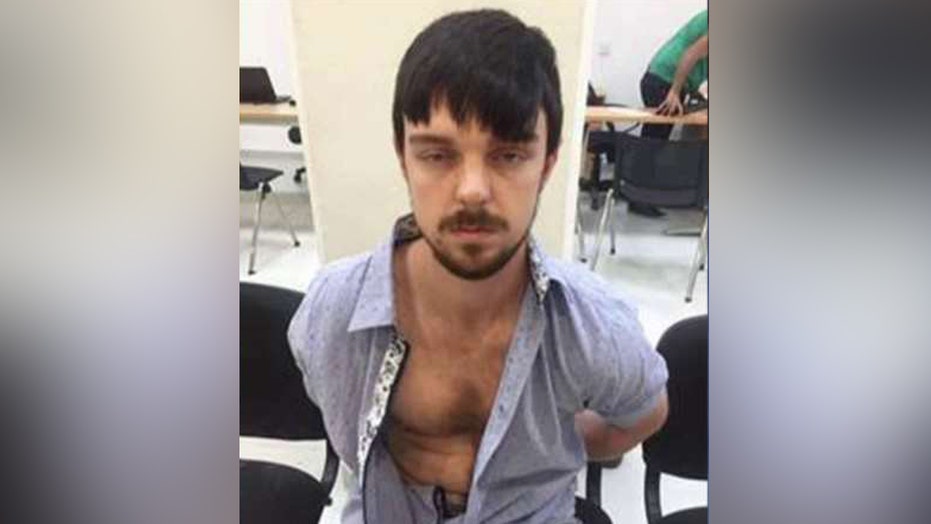 But is Ethan Couch just delaying the inevitable?

“Affluenza” teen Ethan Couch had to wake up his mother to pay a strip club bill he racked up one night while hiding in Mexico, according to a hotel employee.

Ethan Couch, 18, spent most of his time in their room at the Los Tules resort in Puerto Vallarta, but he went out one night to a strip joint, resort employee Marina Meza told the Dallas Morning News.

A waiter and manager from the club came back with him to the hotel in the middle of the night because he didn’t have enough money to pay his bar tab.

Meza said she had to rustle Tonya Couch out of bed to come downstairs and cover the bill before the club employees would leave, the paper reported.

“Then I found out about his past and though that too was really odd,” Meza, 46, told the paper. “He didn’t have enough money to pay the bar bill and his mother had to bail him out.”

Tonya Couch, 48, arrived back in the U.S. on Thursday while a Mexican court granted Ethan temporary stay against deportation.

Ethan Couch won a delay in his deportation based on a constitutional appeal in Mexico that could lead to a trial process lasting weeks or even months. He has been confined to a detention facility in Mexico City.

They were arrested Monday after using a phone to order pizza delivery that was traced to a condominium complex in Puerto Vallarta.

Tarrant County Sheriff Dee Anderson has said he believes Couch and his mother, Tonya, fled to Mexico in late November after a video surfaced that appears to show Couch at a party where people were drinking, which would be a violation of his probation.

Couch was 16 in 2013 when he caused a crash in Texas that killed four people.

At sentencing, a defense expert argued that Couch's wealthy parents had coddled him into a sense of irresponsibility -- a condition the expert termed "affluenza." The condition is not recognized as a medical diagnosis by the American Psychiatric Association, and its invocation drew ridicule.

Judge Jean Boyd sentenced Couch to probation over the objections of prosecutors who asked for 20 years' detention. Couch's attorneys argued probation would be more effective than detention because Couch could have been eligible for release in as few as two years.