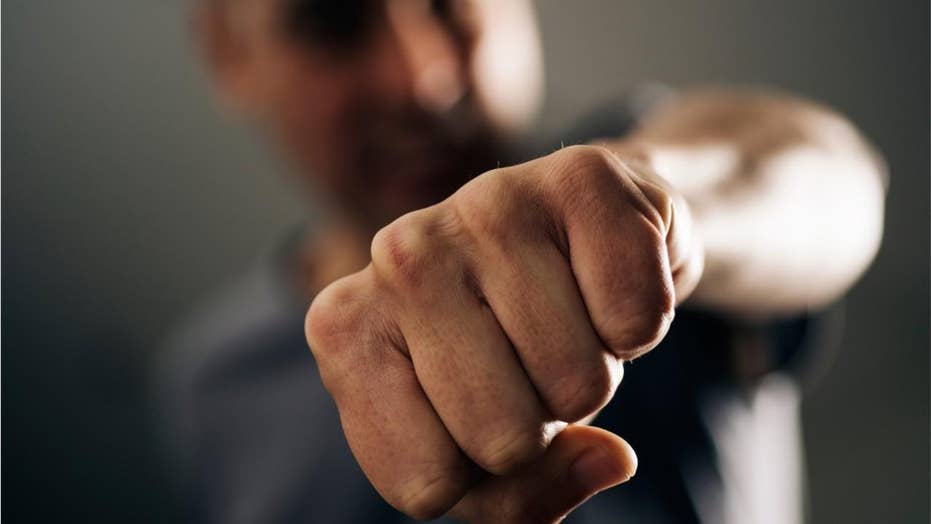 A sheriff's horse and four police officers were injured when a drunken fight erupted at The Stanislaus County Fair in California.

A sheriff's horse and four police officers were injured when a drunken fight erupted Sunday night at a busy county fair in California, officials said.

A group of men who authorities said appeared to be intoxicated and who were wearing gang attire were told they needed to leave the fair, which reportedly sparked an altercation that drew a larger group.

As the brawl escalated, one man was knocked over by one of the sheriff's horses.

"This subject got back up and was upset his beer had spilled. He proceeded to punch Maximus, the horse, in the rear end," the sheriff's office said. "He was subsequently arrested."

A total of five people were arrested, including the man who punched Maximus, according to police. Four deputies sustained minor injuries in the brawl.

The sheriff's department said Monday that Maximus was recovering by running around his pasture and chowing on some alfalfa.

Officials posted a photo of the horse -- sporting a Band-Aid and a teddy bear -- taking it easy on Monday.

"Maximus is still committed to serving justice and will not be dissuaded in his efforts," police said.  "The Deputies are doing just fine also."