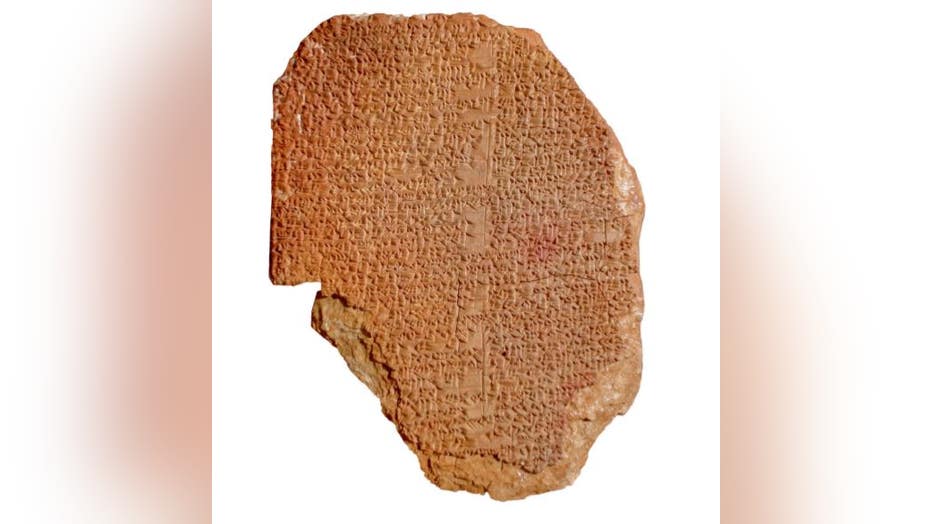 Federal prosecutors on Monday called for returning an ancient artifact, the “Gilgamesh Dream Tablet,” that was stolen some years ago before it was unwittingly purchased by Hobby Lobby for display in the company’s Bible-themed museum in Washington, D.C.

A Monday civil complaint filed by Brooklyn U.S. Attorney Richard Donoghue’s office asks that the $1.67 million dollar artifact be given back to Iraq. The tablet, which is around 3,600 years old, was illegally imported into the U.S. in the early 2000s.

The tablet contains a portion of the Gilgamesh epic, a Sumerian epic poem written in cuneiform. It is considered one of the world’s oldest works of epic literature.

“Whenever looted cultural property is found in this country, the United States government will do all it can to preserve heritage by returning such artifacts where they belong,” said Donoghue in a statement.

Prosecutors say an antiquities dealer purchased the tablet from another dealer in London in 2003. The dealer then sold the tablet to another buyer for $50,000 and allegedly provided a fake provenance letter, which endorsed its authenticity. The letter reportedly claimed the tablet was legally obtained at an auction in 1981.

An unnamed international auction house later sold the tablet to Hobby Lobby Stores in 2014 for more than $1.67 million for display at the Museum of the Bible in Washington, D.C.

The auction house did not disclose details on how it obtained the tablet and withheld the fake provenance letter, which they knew “was not verifiable and would not hold up to scrutiny in a public auction,” prosecutors said.

VIKING ‘TREASURE’ OF RARE ARTIFACTS REVEALED ON A LONG-LOST MOUNTAIN

Federal agents seized the tablet in 2019. Charlotte Clay, a spokeswoman for the museum, said the institution supports returning the tablet to Iraq.

“The museum, before displaying the item, informed the Embassy of Iraq on Nov. 13, 2017, that it had the item in its possession but extensive research would be required to establish provenance,” she said in a statement.

Prosecutors say hundreds of thousands of ancient artifacts have been stolen from archaeological sites throughout Iraq since the early 1990s.