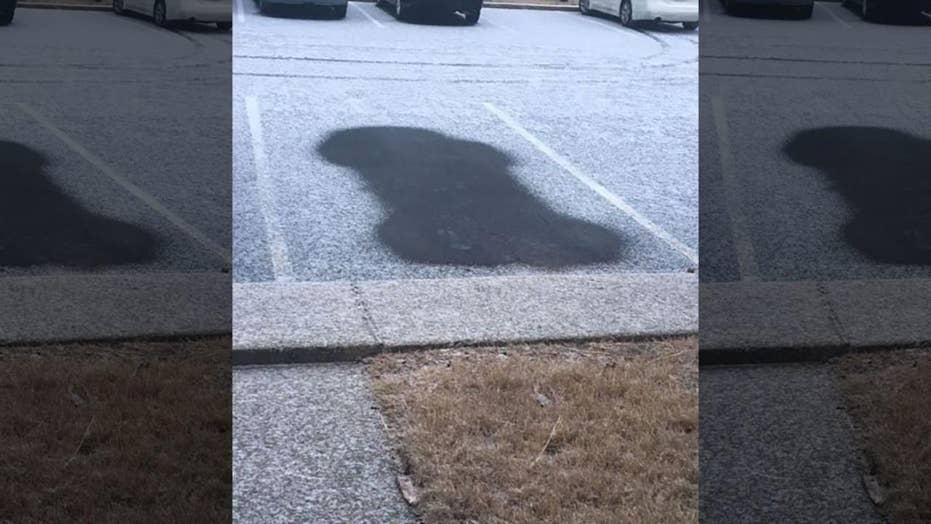 A homeowner’s association in Tennessee threatened to fine a resident $100 after her car left a phallic-shaped imprint in the condo’s parking lot following a light dusting of snow.

A homeowner’s association (HOA) in Tennessee threatened to fine a resident $100 after her car left a phallic-shaped image in the condo’s parking lot following a light dusting of snow, a report said Tuesday.

The resident, identified as Kathryn, told The Drive that in January she received a surprising email from her HOA accusing her of violating the rules by “displaying offensive images or slogans.” The board didn’t specify what was “offensive,” so a confused Kathryn inquired further.

The board claimed to have photographic evidence sent in by a resident who was concerned about the wellbeing of children, the outlet reported. The photo it sent left Kathryn in stitches: a snowy parking space with a blob of cleared asphalt that could be construed as male genitalia.

The absence of tire tracks was because it was still snowing when she and her husband left for work that morning in their Honda Insight, Kathryn told The Drive.

Kathryn fired an angry email back to the board, noting that the bylaws state that offensive imagery had to be purposeful. She then asked how she was supposed to control the way the snow fell around her car, refused to pay the fine and threatened legal action, according to the outlet.

The board finally backed off, and in an email wrote: "We understand. We will not be pursuing this further, in good faith pursuant to the wording of the by-laws."