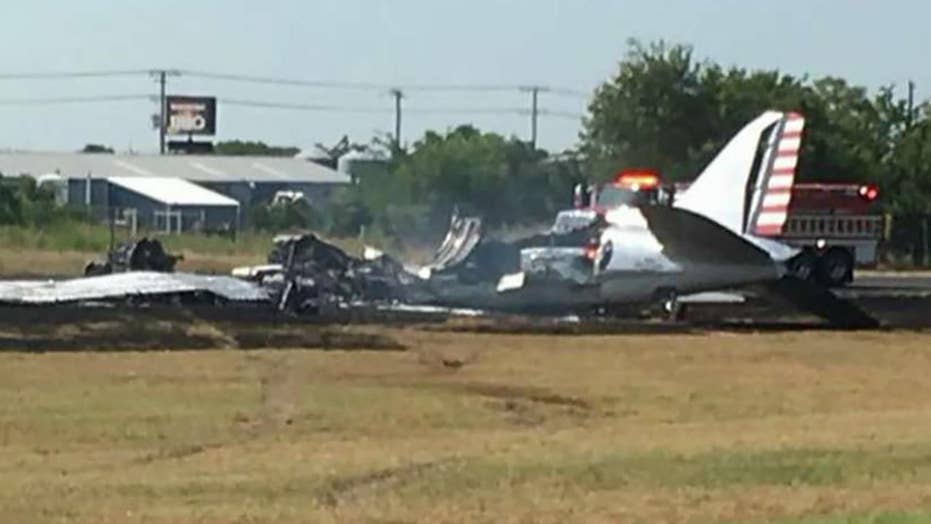 A historic C-47 twin-engine prop plane crashed at the Burnet Municipal Airport in Texas on Saturday; all 13 passengers onboard survived, officials said.

The Burnet County Sheriff's Office said the C-47 "Bluebonnet Belle" was trying to takeoff when it crashed.

All 13 passengers onboard were able to exit the aircraft with one person suffering significant burn injuries and had to be airlifted to the hospital. Seven others had minor injuries.

After the crash, the aircraft caught on fire, igniting some grass around it, which was put out by firefighters on the scene.

The Texas Department of Public Safety and the Federal Aviation Administration are investigating the cause of the crash.

The World War II-era aircraft was owned by the Highland Lakes Squadron, FOX 7 reported. KVUE reported the plane was en route to Oshkosh, Wisconsin, before the crash.