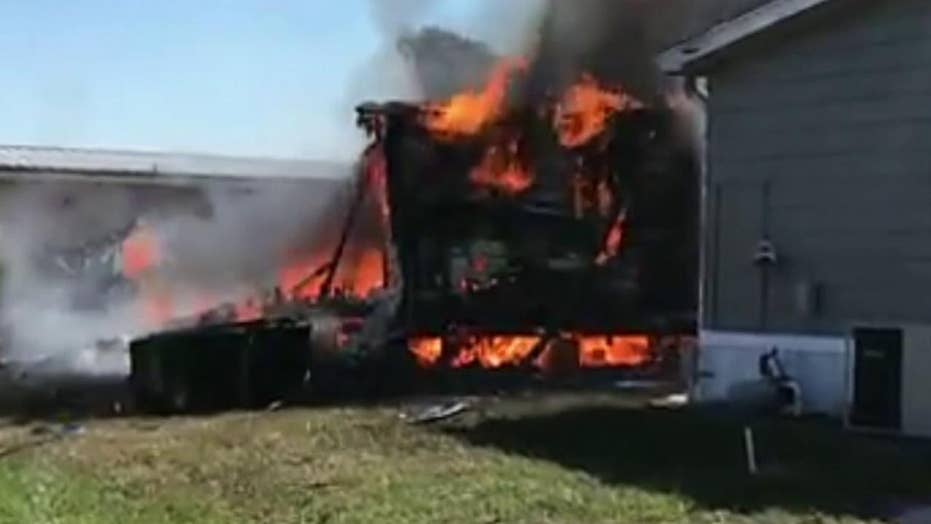 Fiery wreckage after a copter crashed into a mobile home park in Sebring, Florida.

The two fatalities were “believed to be from the helicopter,” the Highlands County Sheriff’s Office tweeted, adding that another individual “on the ground” was wounded.

The tweet accompanied a photo of the scene at the Sebring Falls Mobile Home Park in Sebring, which showed bright orange flames and thick, black smoke.

Two homes were set ablaze amid the crash, although “it is believed nobody was in either,” the sheriff’s office said in an update posted around 2:15 p.m.

The office urged the public to remain careful near Flare Road and Ryant Boulevard of U.S. 27.