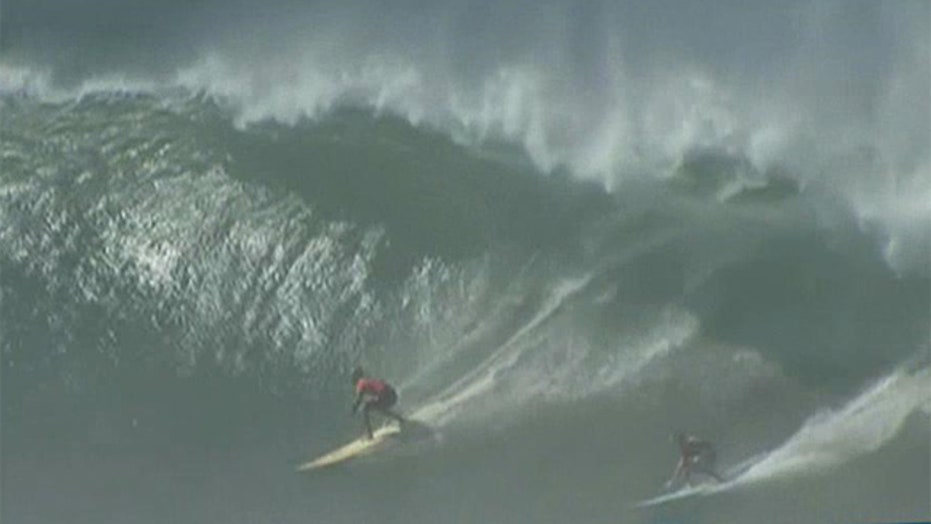 Surfers from around the world take 'swell of the decade'

The Hawaiian island of Oahu this week saw flooding and issued warnings to surfers after its beaches were slammed with waves it hasn't seen in a decade.

This newly released video taken on Oahu's north shore, is believed to show giant waves, some reportedly 50 feet tall, crashing on the beach. Water flooded the parking lot of the Haleiwa Boat Harbor in Oahu during Wednesday morning's high tide.

On the island of Kauai, a large swell swept up the beach, knocking a young girl to the ground, according to a report on Honolulu's KHON-TV's website.

"We had to tell over a hundred tourists yesterday to move back. They were going to get washed away. Then when those waves wash up, they panic and scream, and the parents of that little girl were screaming," witness Terry Lilley said.