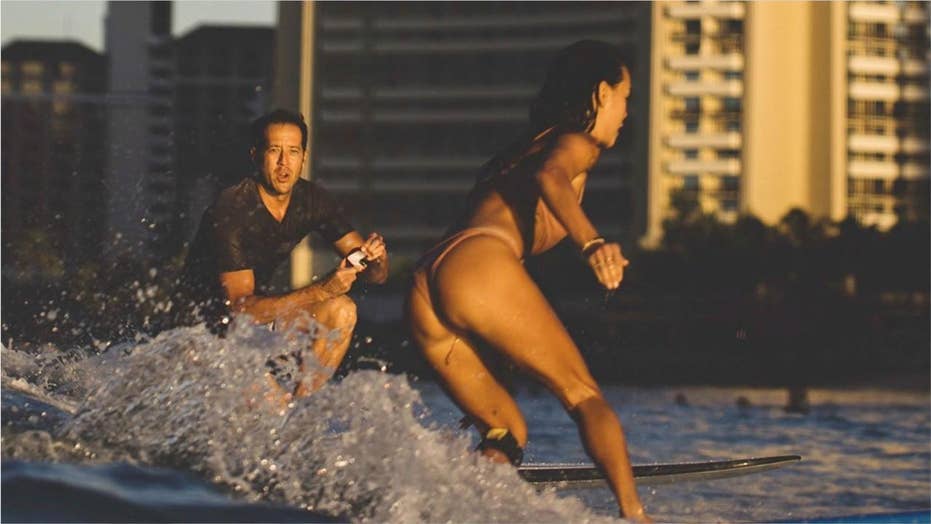 Hawaii surfer proposes to girlfriend while both ride boards, immediately loses ring in the ocean

A Hawaii surfer proposes to girlfriend while both riding a wave. However, he immediately loses ring in the ocean.

In a balancing act worthy of marriage, a Hawaii man proposed to his girlfriend while surfing a wave off Queen’s Beach in Waikiki last weekend.

Lauren Oiye managed to say yes from her surfboard just as Chris Garth dropped the ring in the water.

​​​​​​​Surfer Chris Garth drops to one knee and proposes to Lauren Oiye off Queen's Beach in Waikiki, Honolulu, Nov. 10, 2019. (Tommy Pierucki via AP)

MAN PROPOSES WITH 'WILL YOU MARRY ME?' CHEST TATTOO

Oiye managed to say yes from her surfboard just as Garth dropped the ring in the water. (Lisa Tirimacco @lisaunderwater via AP)

Garth, showing the forethought of a veteran surfer, had left the actual ring onshore and used a spare for the proposal, Hawaii News Now reported.

The couple met at the beach two years before.