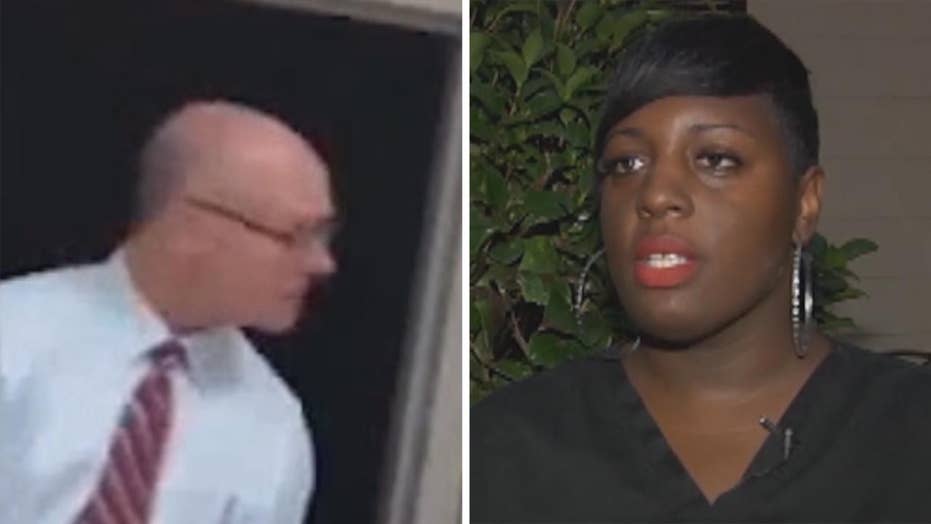 Georgia teacher on administrative leave after outburst caught on camera.

A physics teacher at a Georgia high school was placed on administrative leave after a video captured him verbally threatening to shoot a student, a mother alleges.

April Carr, a parent of a student at Rockdale Career Academy in Conyers, Ga., told FOX5 that an educator threatened her son, a junior at the school, and the incident was caught on video.

The video captured the teacher, Paul Hagen, telling a student who was not visible in the video: “I’m serious, dude. If you screw with me, you're going to get in big (expletive) trouble. Don't smile at me, man. That's how people like you get shot. I got a bet. I bet, by the time you're 21, somebody is going to put a bullet in your head. OK? And it might be me...the one who does it."

Carr told FOX5 the incident “set an overall tone that is totally unacceptable.”

The mother admitted her son was misbehaving before the teacher’s rant but felt Hagen could have handled the situation differently.

“He definitely should have been paying attention, getting his lesson...and doing what he was supposed to be doing," Carr told FOX5. "But at the end of the day, he is a child and that teacher is an adult. He is supposed to maintain control of that classroom and of himself. If you are frustrated, pull him out the class or wait until another class period. Let yourself calm down then pull him to the side and talk to him. You don't threaten his life."

Carr said Hagen apologized to her son following the rant.

The Rockdale County school district confirmed to FOX5 it was investigating the incident and Hagen was placed on administrative leave. WSBTV reported Carr also filed a police report.