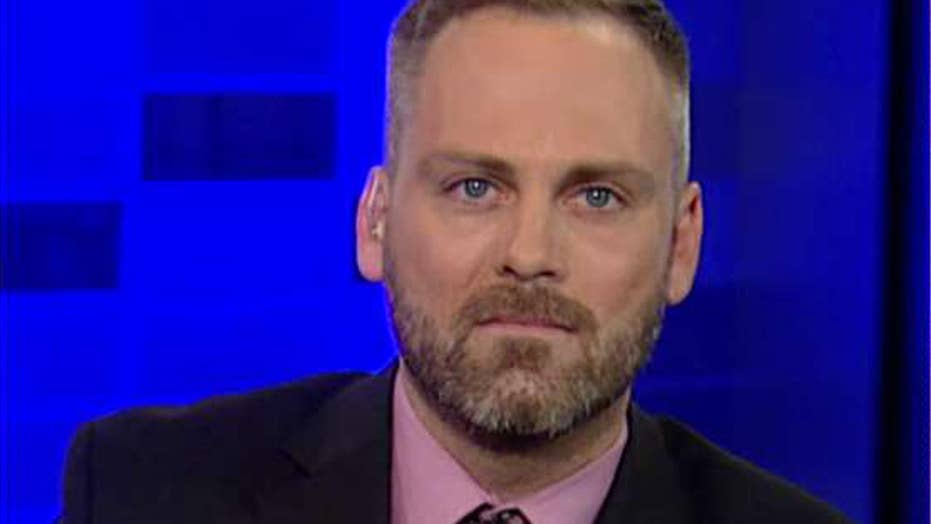 Gay reporter who came out as conservative shouted down

Chadwick Moore tells Tucker about the protests he encountered when trying to defend free speech at Portland Sate University, his being accused of being an 'alt-right traitor' and discusses the joys of being an infidel' #Tucker

Gay conservative writer Chadwick Moore described his experience being heckled by campus activists on "Tucker Carlson Tonight" Monday, saying that they "don’t have any talking points" and are "not being taught the other side at all."

Moore, who recently detailed his political conversion to conservativism, was the subject of protests by students at Portland State University in Oregon earlier this month.

"Repeatedly, the students would talk over me," Moore told host Tucker Carlson. "This was a new tactic to sort of disrupt the speech, to make sure other people couldn’t hear what I was saying, to try to throw me off, because they’re not educated enough today in school to properly argue.

INTO THE MIDDLE OF A MOB: WHAT HAPPENED WHEN I TRIED TO SPEAK AT MIDDLEBURY

"None of them stayed for the q-and-a because they couldn’t question what I was saying," Moore continued. "They don’t have any talking points. They’re not being taught the other side at all."

The Portland State incident involving Moore was the latest in a series of disruptive incidents on college campuses that have involved appearances by conservative speakers, most notably at the University of California at Berkeley and Middlebury College in Vermont.

On Monday, Moore told Carlson that university administrators are reluctant to welcome him on campus.

"I’ve not seen any administration standing up [for me]," Moore said. "They don’t stand up for the promotional materials being torn down, desecrated. There’s just silence from professors and administrators."

Moore described the protesters as "feral animals running around on the left, attacking everyone and the Democratic Party and the media are not telling them to stop ... It’s very surprising and they’re not winning any hearts or minds in this country by letting this behavior continue."