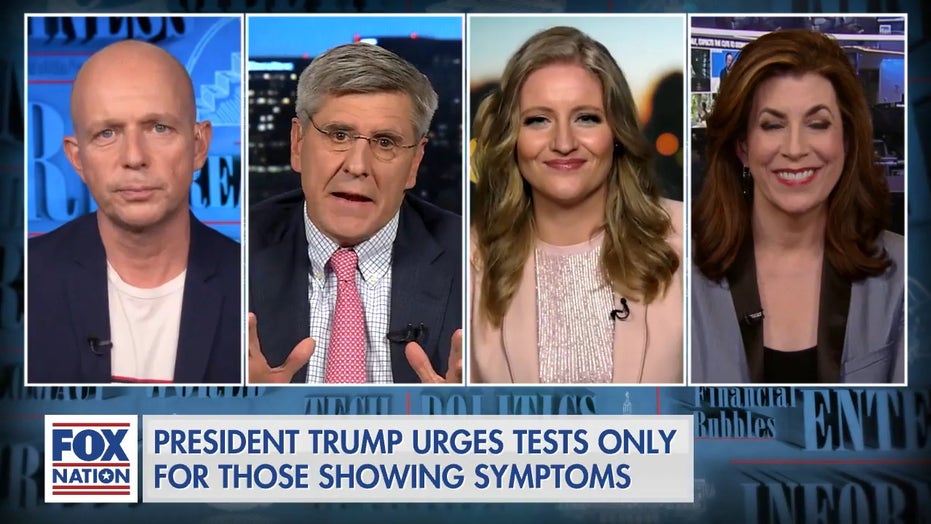 As the coronavirus claims more lives in the United States and around the world, funerals are increasingly being livestreamed as a safety precaution against spreading the disease.

The trend comes amid advice from the Centers for Disease Control and Prevention (CDC) that funerals should be limited to only the closest family members and streamed online for everyone else.

A worker livestreams a funeral ceremony for family members who could not attend the burial at Yuhua cemetery amid the coronavirus outbreak. (China News Service via Getty Images)

The CDC advised livestreaming funeral services to maintain “social distancing,” not because of a risk of being infected from a deceased person who died from COVID-19.

“As you think about planning for the event, limit the number of people, if possible, use livestreaming options and perhaps only immediate family on hand,” said Dr. David Berendes, an epidemiologist at CDC, during a recent webinar with the National Funeral Directors Association and funeral homes throughout the U.S.

Other countries have also changed their funeral policies to cope with the pandemic. The U.K., for instance, has also begun livestreaming its funeral services, according to the BBC.

Yet, other nations have taken more drastic measures. In Ireland, the Irish Association of Funeral Directors has suggested all services be postponed.

In Italy, which outside of China has been hit hardest by the outbreak, funerals have been outright banned to limit public gatherings.

As of Monday, Italy had nearly 30,000 cases of the virus, with more than 2,000 confirmed deaths in the country, second only to China.