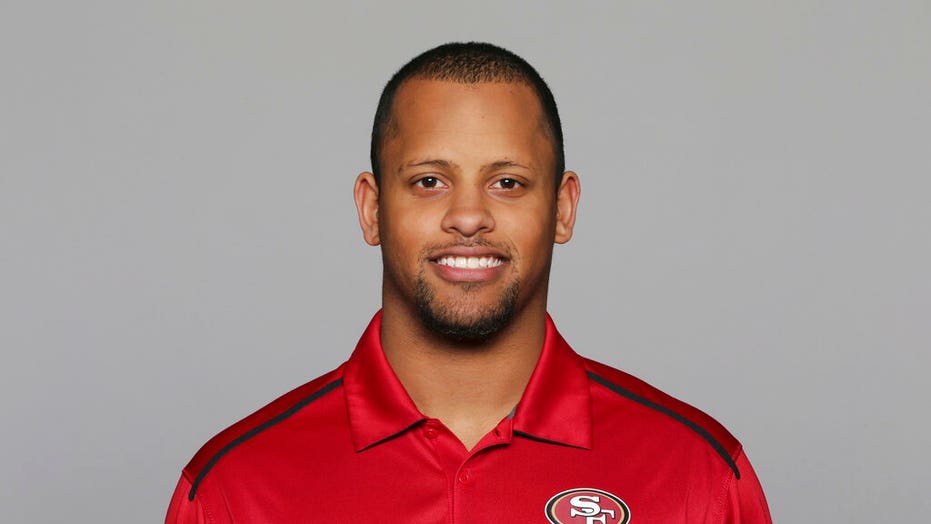 A high school football and track coach and former college football star at the University of Oregon tackled a would-be gunman on Friday at Parkrose High School in Portland -- and no shots were fired.

A firearm was recovered at the scene, and the alleged attacker was taken into police custody, according to The Associated Press.

Police are positioned outside Parkrose High School during a lockdown after a man, said to be armed, was wrestled to the ground by a staff member on Friday. The Portland Police Bureau said in a statement Friday that no shots were fired and a suspect is in custody. (Dave Killen/The Oregonian via AP)

The school was evacuated and a nearby middle school was on lockdown for several hours as police “flooded” the scene, Sgt. Brad Yakots said during a press conference on Friday.

The outcome was "the best-case scenario, absolutely," Yakots said. "The staff member did an excellent job by all accounts, (and) our officers arrived within minutes and went right in."

Students gather outside Parkrose High School during a lockdown on Friday. (Dave Killen/The Oregonian via AP)

The suspect reportedly appeared in the doorway of a government class dressed in a black trenchcoat and brandished a gun. Students were able to flee through the back door of the class and Coach Keanon Lowe was able to tackle the man before police arrived on the scene.

"I'm just happy everyone was OK," Lowe told The Oregonian/OregonLive. "I'm happy I was able to be there for the kids and for the community."

Lowe has been a coach at the high school for about a year, according to his LinkedIn page. Before that, he worked for his high school alma mater, Jesuit High, where he was a star athlete.