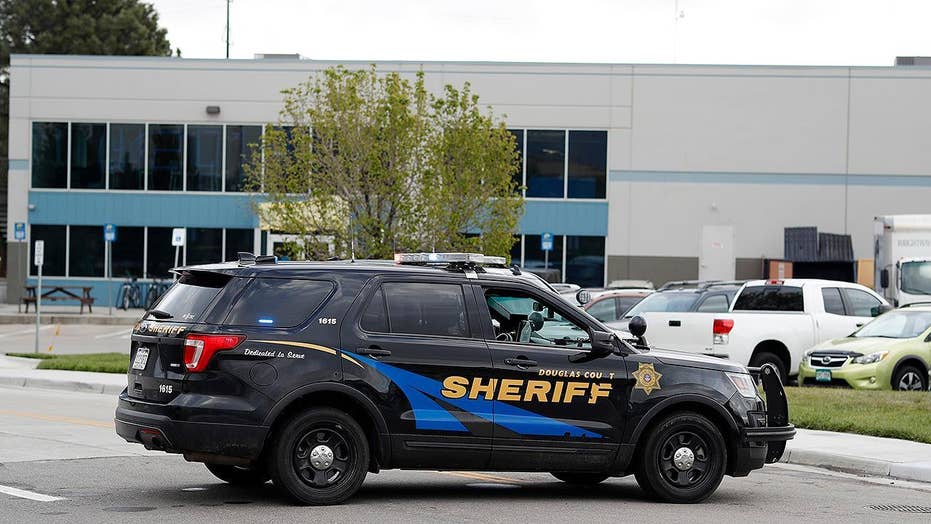 The student who was killed Tuesday during a shooting at his school in Colorado reportedly leaped at one of the suspects, saving the lives of his classmates.

Kendrick Castillo, an 18-year-old senior at the STEM School Highlands Ranch, was fatally shot when two suspects opened fire in a classroom at the K-12 charter school located south of Denver.

While in a British literature class, Castillo, according to a fellow student at the school, "lunged [at the suspect]," and was shot because of it.

Nui Giasolli told NBC News' "Today" show on Wednesday that Castillo's actions "[gave] all of us enough time to get underneath our desks, to get ourselves safe, and to run across the room to escape.”

Kendrick Castillo, 18, died on Tuesday during a school at the STEM School Highlands Ranch in Colorado. <br data-cke-eol="1"> (Rachel Short via AP)

The student said the gunman showed up late to class and "the next thing I know, he is pulling a gun and is telling nobody to move."

Castillo's father, John, told KMGH-TV that his son is a hero and wants the world to remember that. "I want people to know about him," he said.

Another student, Brendan Bialy, also tried to subdue one of the shooters, according to officials. A member of the Marines' Delayed Entry Program, he put his own safety at risk and showed "courage and commitment" in helping tackle a gunman.

Marine Capt. Michael Maggiti said Bialy's "decisive actions resulted in the safety and protection of his teachers and fellow classmates."

Authorities identified one of the shooting suspects as Devon Erickson, 18. The other suspect was said to be a juvenile and has not yet been identified.

Nine students in total were shot before the suspects were taken into custody, officials said. The two had a "number of weapons," which included two handguns, according to Douglas County Sheriff Tony Spurlock. He noted neither suspect was old enough to buy or own the guns.

Colorado allows people 18 and older to buy "long guns," such as shotguns, rifles and semi-automatic rifles like the AR-15, from dealers with federal firearms licenses. Anyone trying to buy a firearm in the state must undergo background checks conducted by the Colorado Bureau of Investigation.

Douglas County District Attorney George Brauchler noted on Wednesday that the shooting was the fifth within a 20-mile radius of the school in the past two decades. He cited Columbine, the 2012 theater shooting in the Denver suburb of Aurora, a 2013 shooting at Arapahoe High School and last year's fatal shooting of a Douglas County sheriff's deputy.

Castillo's actions came one week after another student, 21-year-old Riley Howell, also heroically jumped at a gunman who opened fire on a classroom at the University of North Carolina at Charlotte. Howell was also killed in that shooting.