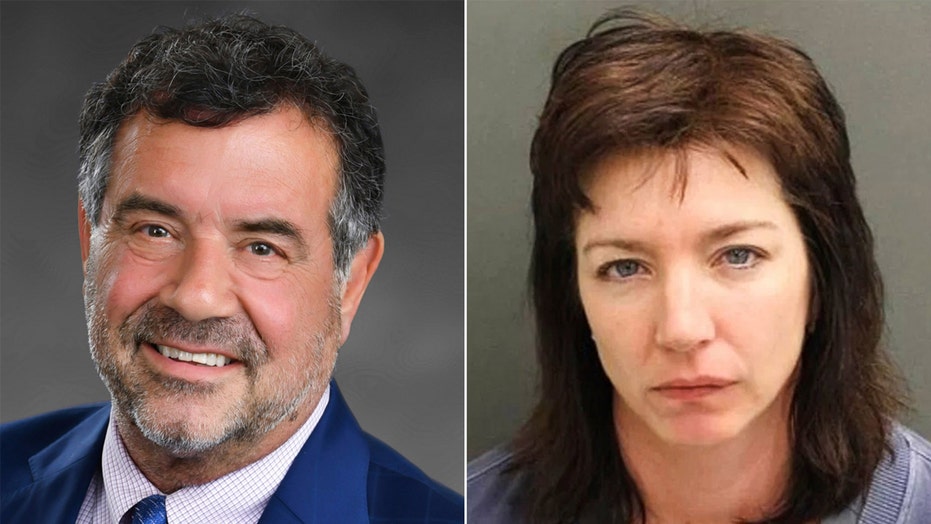 The Florida woman accused of stabbing her husband, a former Memphis Grizzlies executive, to death was previously his stepdaughter, according to a report.

Danielle Redlick, 45, was accused of killing Michael Redlick, 65, in January and covering up the murder by saying he stabbed himself. Danielle was charged with murder after Michael was found dead in their home in Winter Park.

But in addition to being his wife, Danielle was once Michael's stepdaughter, according to WFTV. Friends and family members told the news station that "Michael Redlick fell in love with Danielle Redlick after her mother, Michael's second wife, died of cancer."

A friend, who was not identified, told the news station: "In fairness to Mike, Danielle's mother was dying of cancer when they were dating. She had terrible insurance."

Danielle Redlick was charged with murder in the death of her husband, and reportedly her former stepfather, Michael Redlick. (UCF/Orange County Jail)

Investigators alleged Danielle Redlick waited more than 11 hours before calling 911 and told detectives that Michael Redlick had stabbed himself during a violent argument, according to the arrest affidavit.

But detectives found a pile of bloody towels, a bloody mop, bloody footprints and the strong smell of bleach in the house, as well as defensive wounds on Michael Redlick, who worked as a faculty member at the University of Central Florida.

Authorities concluded that his wounds weren’t self-inflicted and his death was a homicide from stab wounds to the torso, according to the affidavit.

Investigation records released on Thursday by the Orange-Osceola State Attorney’s Office say Danielle Redlick told police her husband cheated on her and the two separated, ultimately deciding to reconcile and move back in together.

She told authorities that’s when her husband found her flirty text messages with another man. Michael Redlick was found stabbed to death two days later.