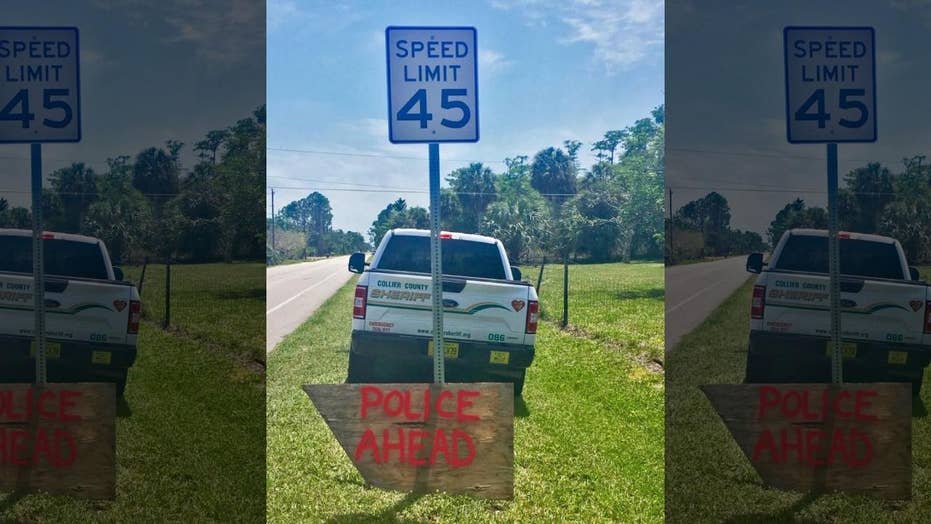 A speed trap by Florida police was foiled by a handmade sign to alert drivers.

Authorities in Florida were getting ready to crack down on speeding drivers last week when they discovered they couldn't catch any because someone tipped off drivers.

The Collier County Sheriff's Office said in a Facebook post that officers were initially set up to conduct a speed enforcement operation in the Golden State Estates neighborhood after requests from residents.

"After a significant amount of time had passed they were puzzled," police said Wednesday. "Traffic was steady, so why had they identified just one driver who was traveling over the speed limit?"

When police officers left the area, the mystery was solved.

Someone made this sign to tip off drivers to a speed trap along a road in Florida last week. (Collier County Sheriff's Office)

Someone had made a sign on a piece of plywood that warned of "police ahead" and leaned it up against a speed limit sign pole.