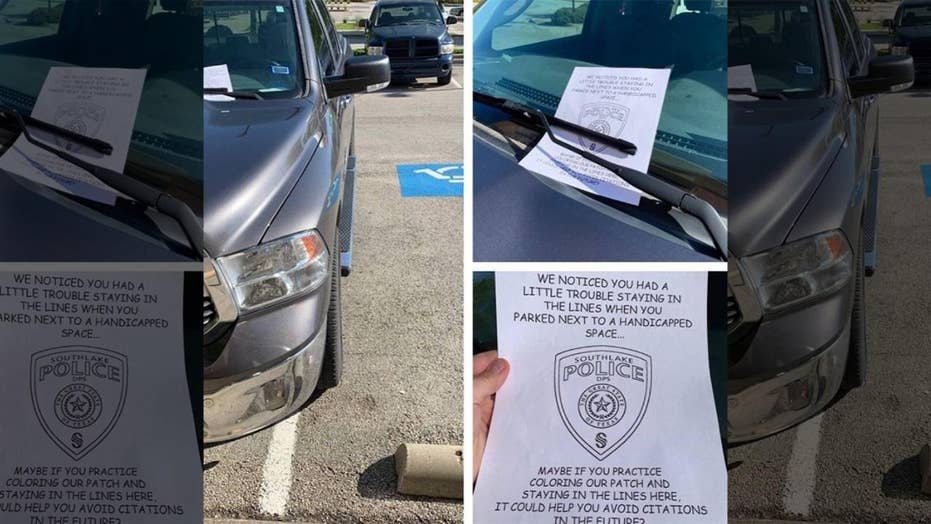 One Southlake, Tex., police officer came up with an original way to teach a lesson to someone who parked a pickup across two spaces.

All you really need to know you learned in kindergarten…including how to park a car.

At least that’s the philosophy of one Southlake, Tex., police officer who came up with an original way to teach a lesson to someone who parked a pickup across two spaces.

The Ram truck was over the line and encroaching on a handicapped spot, so the artistic officer drew a coloring book style page with an outline of the department’s badge that read:

In a Facebook post with photos of the truck and note, the Department of Public Safety said it tries to avoid “snark and sass … but sometimes our fair citizens make it hard.”

“Let this graphic be an attention grabbing example so we don't have to end up going to FedEx Kinko's and making like thousands of copies of these,” it also advised.

It appears the driver got off with the colorless warning for the minor infraction, which could have been fined $200.