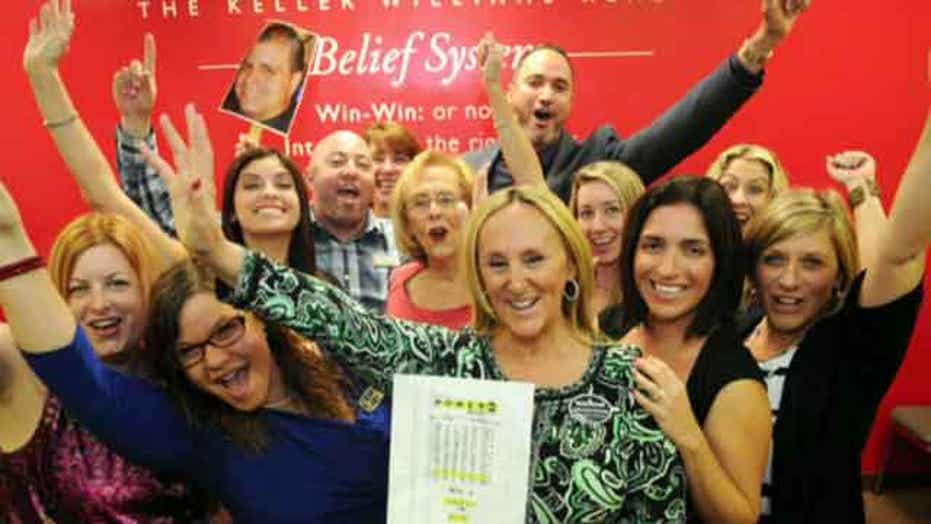 Lucky employee opted out of office pool, still gets a cut of $1 million

Talk about sharing the wealth.

Florida office workers who struck it rich by winning $1 million playing the lottery are giving a portion of the prize money to their co-worker who opted out of the office pool.

Jennifer Maldonado had only worked at Keller Williams Realty for two weeks and hadn't yet received her first paycheck when the office's team leader, Laurie Finkelstein Reader, began collecting $20 to spend on Powerball tickets.

"I didn't have the money," Maldonado told Fox News' "Fox and Friends." "I needed $20 to spend on something else versus the lotto at that time."

Reader offered to loan Maldonado the money, but Maldonado declined.

The jackpot for Saturday night's drawing was $338 million, a prize that went to New Jersey's Pedro Quezada. But the Keller Williams Realty team won a cool million, which, after taxes, would leave each player with $83,333.33, according to the Miami Herald.

"Jennifer absolutely thought we were doing a new girl prank on her when we told her we won the lottery," Reader said.

It's unclear how much money the team will give to Maldonado, but Reader is happy to share.

"We all win together or we lose together. She's one of us," Reader said. "I can't imagine anybody not sharing this blessing we've been given."