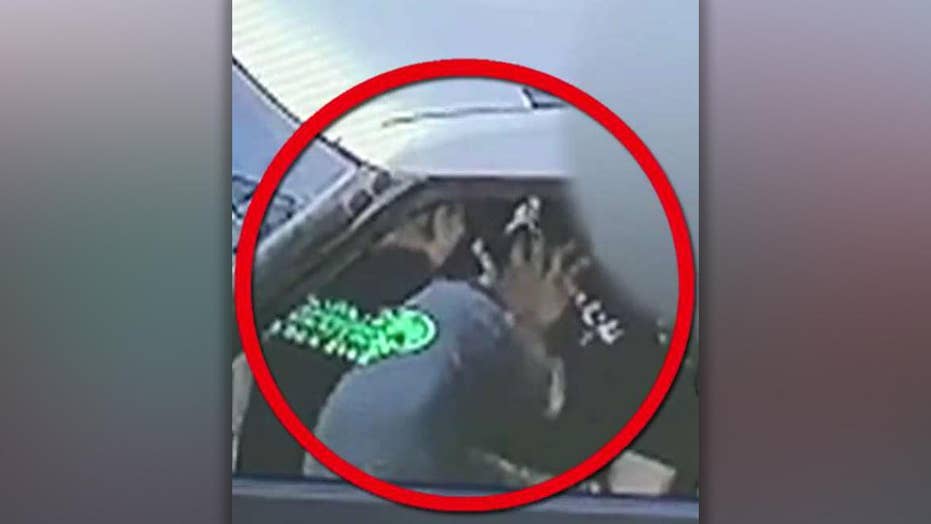 Nurse saves driver who crashed into her house

Surveillance video shows a Florida nurse giving CPR to a driver after his car crashed into her home.

A nurse in Florida may have been off-the-clock, but she still rushed into duty last week when a man crashed a vehicle into her home.

The incident happened Thursday in Kissimmee when Carmen Roman said a minivan careened off the road and struck her home.

Roman said initially she thought someone was parking near her house.

When Roman stepped out of her home to check on the driver, she said the man was unresponsive behind the wheel with "no pulse, no heartbeat."

32-year-old Kristina Dejesus from New Jersey said her training as a nurse helped her save her own life after she lost her arm in a swimming accident.

Surveillance video from her home shows Roman beginning to give the man chest compressions.

“I gave him 30 compressions," she told FOX35. "A couple of seconds after [I started] he came back alive."

Later in the surveillance video, the man can be seen walking after getting out of the wreck. The incident is under investigation by police.

“It feels awesome. My kids are so proud, they’re like ‘Momma’s a hero!’” Roman told FOX35. “If I’m in the moment, and I know I can do something, I will react. Like I said, I just love to help people."