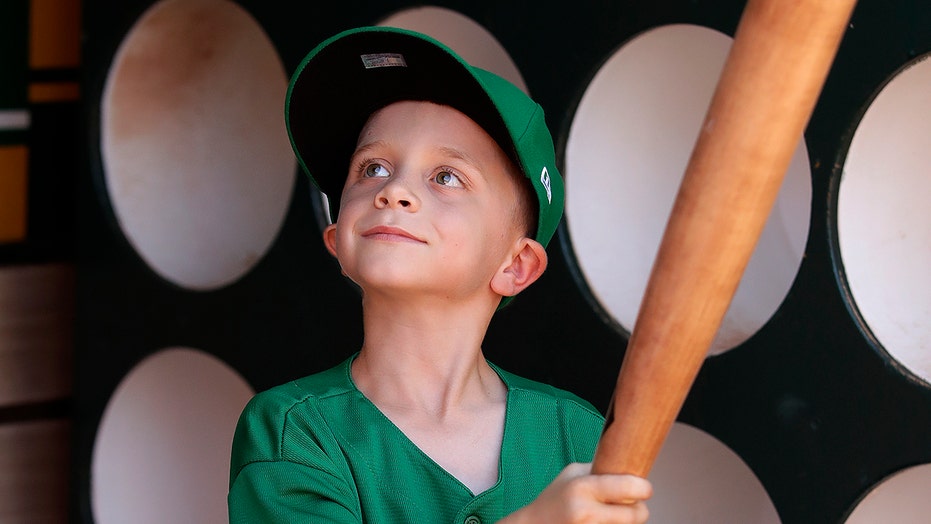 The Oakland Athletics made a clutch signing before the trade deadline, an addition they say "sparked the W" against the Texas Rangers on Saturday night.

The A's added 8-year-old August Wold to their roster on a one-day contract through the Make-A-Wish Foundation. Wold, who lives in the Northern California town of Redding, has suffered from a gastrointestinal disorder that’s required numerous surgeries. His dream is to play for the A’s.

The Make-A-Wish Foundation partnered with the team to get Wold a mock contract and signing, including a press release announcing the deal.

"This close to the trade deadline, we were excited August Wold was still available, so we have signed August to an A's contract to be a member of our 2019 A's team," A’s General Manager David Forst said at a pre-game press conference introducing their newest player.

As the Little Leaguer’s big league dreams were coming true, he boldly predicted that third baseman Matt Chapman would hit a home run during the game, according to the San Francisco Chronicle’s Susan Slusser. And Chapman didn’t disappoint.

The slugger hit his 23rd homer, a two-run shot, off Adrian Sampson in the fifth inning, helping the A’s to a 5-4 victory. In a post-game tweet, the A's wrote, "August Wold joined the team, sparked the W."

As part of the team, Wold donned a green No. 19 Athletics jersey, hung out with players in the clubhouse and watched batting practice on the field. First baseman Matt Olson gave Wold a pair of his gray batting gloves, even though they were a few sizes too big, while pitcher Liam Hendriks helped the young shortstop tape up his bat in the dugout.

The young player eventually stepped into the batter's box and was credited with the first hit of the game – a single off of Oakland infielder Jurickson Profar. Players from both teams watched and cheered as Wold sprinted down the first baseline.

Wold has Hirschsprung's disease, a birth defect in which the infant is missing some nerve cells in a part of the bowel. He was diagnosed when he was 7.

The 8-year-old’s health is far better and "he's on the road to recovery, hopefully," said his dad, George.