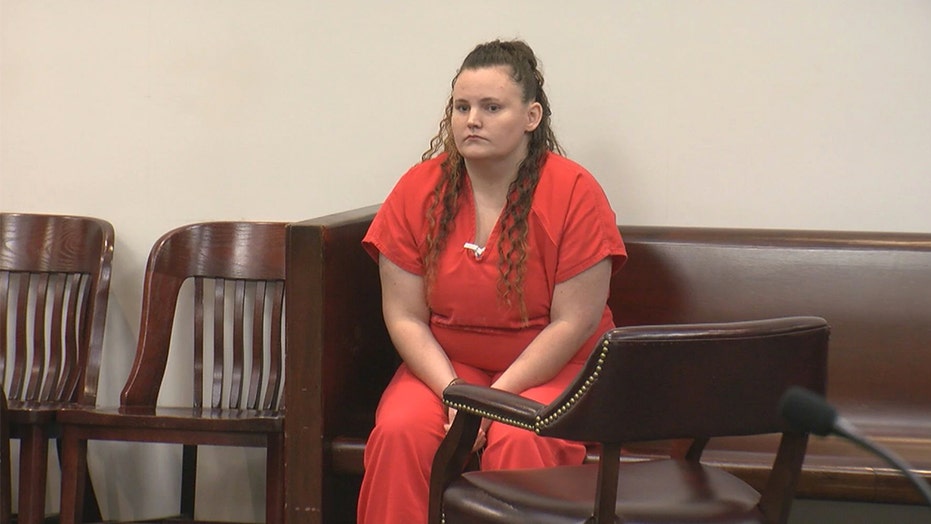 A Florida nanny was sentenced to 20 years in prison on Wednesday for abusing an 11-year-old boy and giving birth to his child, according to the Tampa Bay Times.

Prosecutors say Marissa Mowry, 28, was a 22-year-old live-in nanny when she secretly abused the young boy 15 times over several months in the fall of 2014, prosecutors say.

Three years passed before the boy told his family what had happened, according to the Tampa Bay Times.

Marissa Mowry, 28, a former nanny, was sentenced to 20 years in prison on Wednesday for abusing a family's 11-year-old son and giving birth to his child, according to the Tampa Bay Times.<br data-cke-eol="1"> (Fox 13 WTVT)

Now, five years later, the victim, who is 17, reportedly watched in the courtroom as Mowry was sentenced for her cruel actions.

“We’re talking about a child that was 11,” Nadean Campbell, the victim's mother, told the outlet. “Not even a teenager. Eleven.”

Campbell recalled fond memories of her little boy playing as a kid — but then she is faced with the fact that he's now a teenage father with a 5-year-old son, according to the Tampa Bay Times.

She said that he can't go out with friends or on dates.

"It cost him his childhood. He's not going to know teen years like a regular teenager," Campbell told Fox 13. "Who wants to date a 17-year-old that has a 5-year-old? Not many. Know the people your children are around. Investigate everything. You are your child’s biggest advocate."

When Mowry eventually gave birth to the child, the family thought the father was her boyfriend, until their son told Campbell what happened. A DNA test later confirmed the boy was the father, according to the Tampa Bay Times.

Mowry was arrested back in 2017 on multiple counts of sexual battery of a victim under the age of 12 and sexual battery while in custodial authority. The outlet says she faced life in prison before taking a plea deal that would net her 20 years in prison.

She claimed the boy forced himself on her when detectives first questioned her, according to the Tampa Bay Times. But a phone call she had with the boy that investigators recorded revealed what had actually happened.

Mowry will have to complete 10 years of sex offender probation upon her release from prison.

“We don’t think about females being predators usually,” Campbell told the outlet. “I didn’t. And it cost me.”