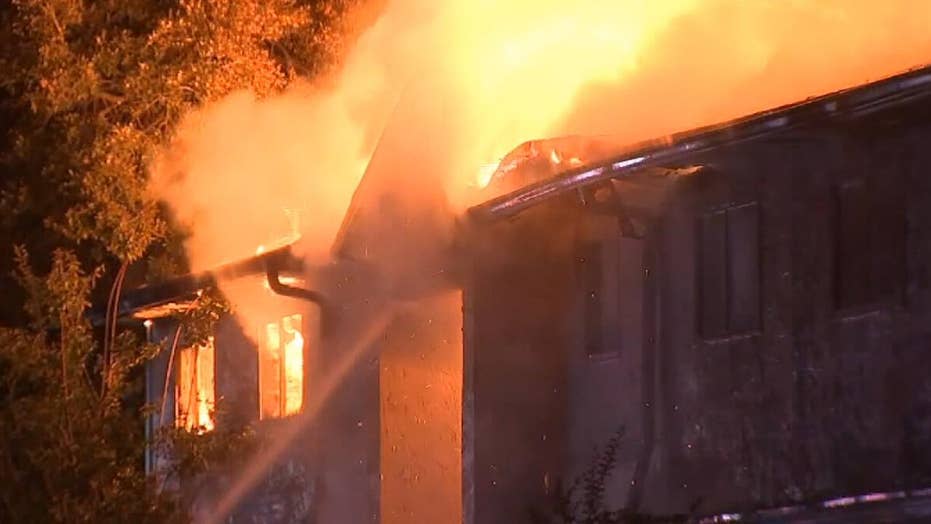 A Florida mother who ran into a burning building to try and save her children early Wednesday morning ended up dying alongside them, officials said.

Hillsborough County Fire Rescue responded to a two-alarm fire at the Captiva Club Apartments in Town 'n' Country, Fla., at around 3:30 a.m. where they found an eight-unit block of the complex was engulfed in flames, causing one of the building’s walls to collapse.

It took firefighters 45 minutes to battle the flames but, once inside, they discovered the bodies of three deceased individuals in an apartment on the upper floor.

The woman, who has not been identified, initially evacuated the apartment with her roommate -- but then she noticed the two children were not with her, police said. She rushed back in but died in the fire.

"For a mother's love to go back in and know that [her] children may be inside -- not knowing that they were inside -- but they may be inside...she lost her life because of it,” Chronister said. “Is there any greater actions of love than the one displayed by this mother today?"

Fire officials said eight units were damaged in the fire and at least 12 residents were displaced because of it.

The sheriff’s office, along with the State Fire Marshall, is investigating the cause of the fire. Police have not identified any of the victims.