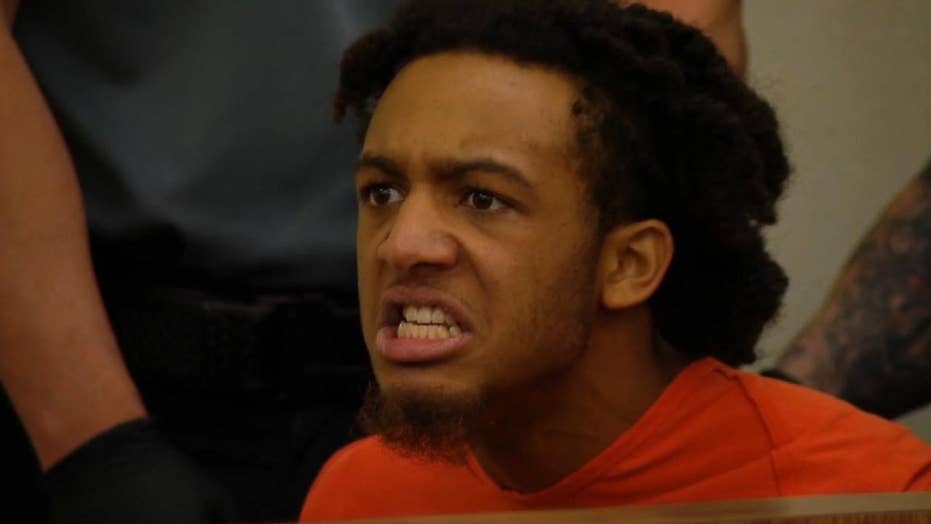 The first appearance in court of a man accused of fatally shooting two people at an apartment complex in Florida on Sunday swiftly went off the rails as the defendant began screaming for a higher power as he was wheeled in and then began shouting at the judge.

Damon Kemp, 19, was brought into court screaming while screaming "God!" for his appearance in Daytona Beach -- even as staff warned him to be quiet.

“I've reviewed your arrest and determined there's probable cause for your arrest,” the judge said over Kemp’s shouting. “I've appointed the public defender to represent you so you have a lawyer, this morning.”

During the hearing, Kemp's eyes could be seen darting around as he made odd facial expressions before ultimately being denied bond, FOX35 reported.

Damon Kemp, 19, shouted throughout his appearance in court. (FOX35)

Kemp was charged with two counts of second-degree murder for the shooting deaths of Treay Ingraham and Jordan Paden, who were both his roommates.

Police said that Ingraham and Paden let Kemp stay with them at their Daytona Beach apartment, and were trying to help him.

Ingraham's distraught mother, Nerissa Carter Young, told FOX35 she was desperate to know why her son is dead.