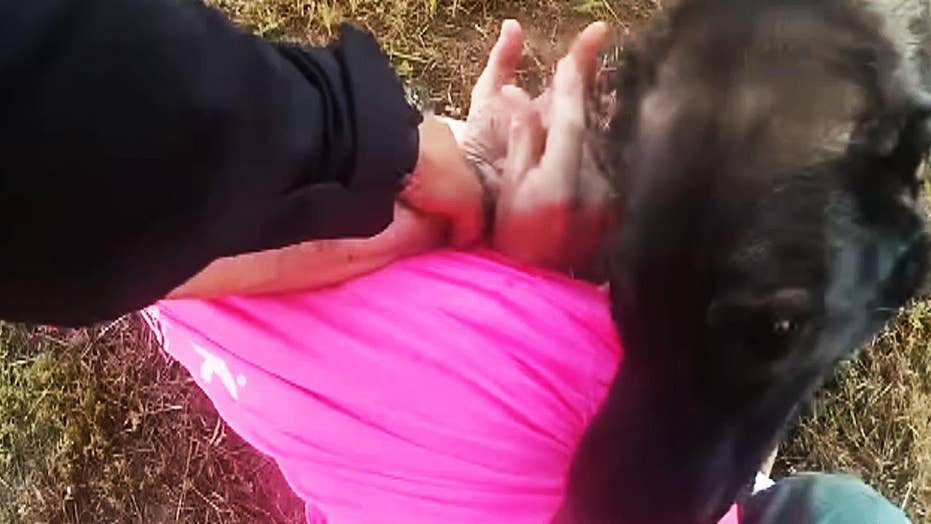 A Florida K9 officer is being hailed a hero after he helped take down a robbery suspect who fled from a traffic stop by biting him, an incident which was caught on police body camera footage.

K9 Shep, of the Pasco County Sheriff's Office, was with Deputy Nick Carmack on Tuesday as he tried to stop an allegedly stolen vehicle, Fox 13 reported. Authorities said the driver of the vehicle fled from the officer, turned into a driveway and then, along with the passenger, ran away on foot.

Carmack then deployed Shep, who could be seen hopping a fence and chasing after a suspect in a bright pink shirt.

"Get him, Shep! Get him, Shep!" Carmack shouts at the pup, who is seen with his teeth latched around the screaming suspect.

The suspect gets down on the ground, and Shep listens to his deputy's commands to "hold him" as Carmack prepares to handcuff the man.

Shep eventually relents, and gets a "good boy" from his handler as he surveys the scene.

The sheriff's office said the second suspect who fled from the vehicle was apprehended by Deputy Rob Wilkins and K9 Knox.

Both suspects were arrested and charged with grand theft auto, fleeing to elude and criminal mischief. Police said they were also charged with child neglect, as there was an infant the suspects left in the car from which they fled.