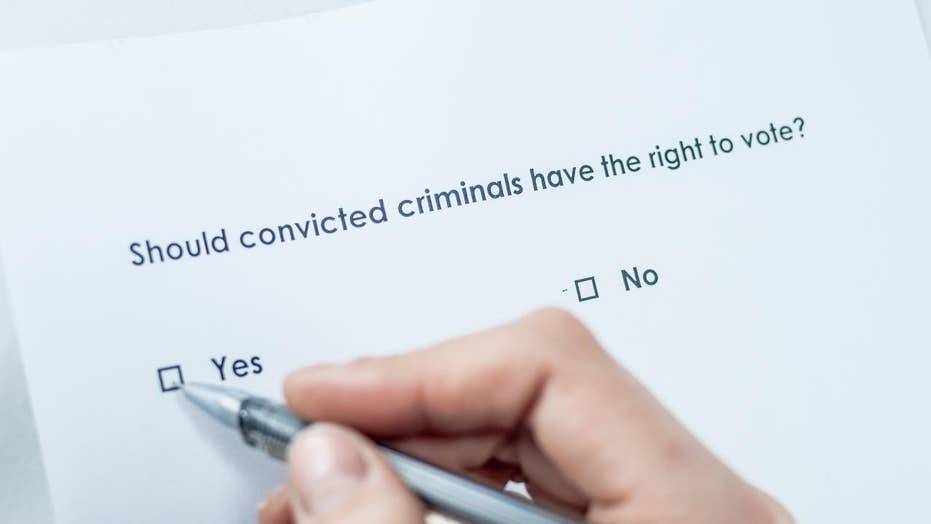 Felons voting rights on the Florida ballot this November

Florida’s local election officials said last week they will begin adding voters to the rolls in January – including those who’ve been convicted of felony crimes.

The move comes after voters in November approved Amendment 4 to the state's constitution, which restores felons' voting rights once they’ve completed their sentences. The measure, which passed with nearly 65 percent of the vote, does not apply to sex offenses or murder convictions.

The change could have profound effects on future elections because it potentially affects more than 1.5 million state residents who have been barred from voting in state elections.

But election officials say they haven’t received clear instructions from the state on how to accommodate the amendment. Since the measure’s passing in November, there has been debate over whether the amendment takes effect automatically Jan. 8.

Some supporters of the amendment have threatened to sue if there are any delays -- even though lawmakers don’t start their annual session until March.

Republican Gov.-elect Ron DeSantis asserted recently that the amendment shouldn't take effect until the Florida Legislature acts. Outgoing Gov. Rick Scott, through a spokesman, said the decision was not to up him because he’s leaving office.

Election supervisors across the state have said they will accept registration applications and leave it up to the state to determine if they are valid. The existing application in Florida requires someone to sign under oath that they have had their rights restored.

“We take the people at their word and register them to vote,” said Mark Earley, supervisor for Leon County.

One notable supervisor who has not said what he plans to do is Peter Antonacci, the Broward elections supervisor whom Scott appointed after suspending Brenda Snipes from the job amid that county's vote-counting mess in November.

Antonacci, a past general counsel for Scott, said he planned to wait until January to decide what to do, but disagreed with the supporters that the amendment automatically takes effect Jan. 8.

“This idea that the amendment is self-executing is wishful thinking,” Antonacci said.

Until the amendment passed, Florida’s constitution automatically barred felons from being able to vote after leaving prison. The state’s clemency process allows the governor and three elected Cabinet members to restore voting rights, although the governor can unilaterally veto any request.

Under Republican Gov. Charlie Crist, who served from 2007 to 2011, the parole commission restored voting rights for non-violent felons without hearings and within a year, more than 100,000 felons were granted voting rights. But in 2011, Scott, state Attorney General Pam Bondi and other state officials changed the system, resulting in fewer than 3,000 former prisoners having their rights restored.

DeSantis came under fire after maintaining earlier this month that the amendment could not take effect until after the Legislature took action. DeSantis, who was opposed to the Amendment 4, has not elaborated on his remarks.