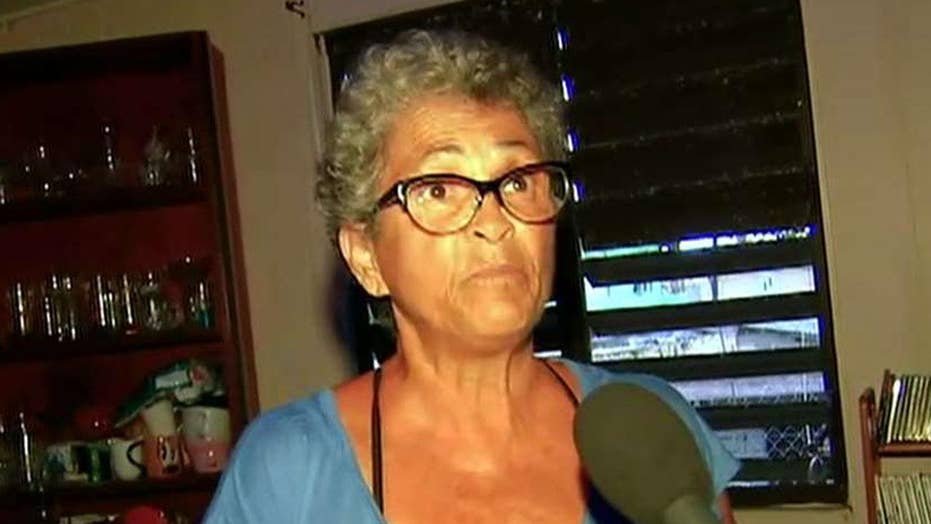 Some Puerto Rico residents still not getting help

FEMA Administrator Brock Long said on Sunday that as his agency responds to the crisis in Puerto Rico, it's also "filtered out" San Juan Mayor Carmen Yulín Cruz, adding: "We don't have time for the political noise."

More than two weeks after Hurricane Maria lashed the island, killing 36 people, Cruz tweeted Sunday: "Increasingly painful to undestand the american people want to help and US Gov does not want to help. WE NEED WATER!" She later wrote, "Power collapses in San Juan hospital with 2 patients being transferred out. Have requested support from @FEMA_Brock NOTHING!"

"We filtered out the mayor a long time ago," Long told ABC News' Martha Raddatz on "This Week" Sunday, after Raddatz mentioned the tweets. "We don't have time for the political noise. The bottom line is, is that we are making progress everyday in conjunction with the governor."

Cruz and President Trump have traded shots in the weeks after the monster storm made landfall. Late last month, the mayor appeared on television in a black shirt with white letters that read, "HELP US, WE ARE DYING." Cruz argued that federal aid had been slow to reach Puerto Rico following Maria, which knocked out power to the entire island.

Trump tweeted the following day: "Such poor leadership ability by the Mayor of San Juan, and others in Puerto Rico, who are not able to get their workers to help." He added that Cruz was "very complimentary only a few days ago," but "has now been told by the Democrats that you must be nasty to Trump."

Later, Cruz wore a short emblazoned with the word "NASTY" for an interview with Univision.

Trump visited the island last Tuesday. Afterwards, while Cruz said she hoped new channels of communication with the White House would "put in motion what is needed" to save lives, she also said Trump sometimes was more a "miscommunicator in chief" than a commander in chief.

"In regards to the power failure, we are restringing a very fragile system everyday," Long explained. "As we make progress, simple thunderstorms pass through, knock the progress out."

Rebuilding the island, he said, "is going to be a greater conversation for the Congress in conjunction with the governor."

When hospitals have power failures, intensive care unit patients are being flown to the USNS Comfort, according to Long.

"As far as the political noise, we filter that out, keeps our heads down and continue to make progress and push forward restoring essential functions for Puerto Rico," Long said in the interview.