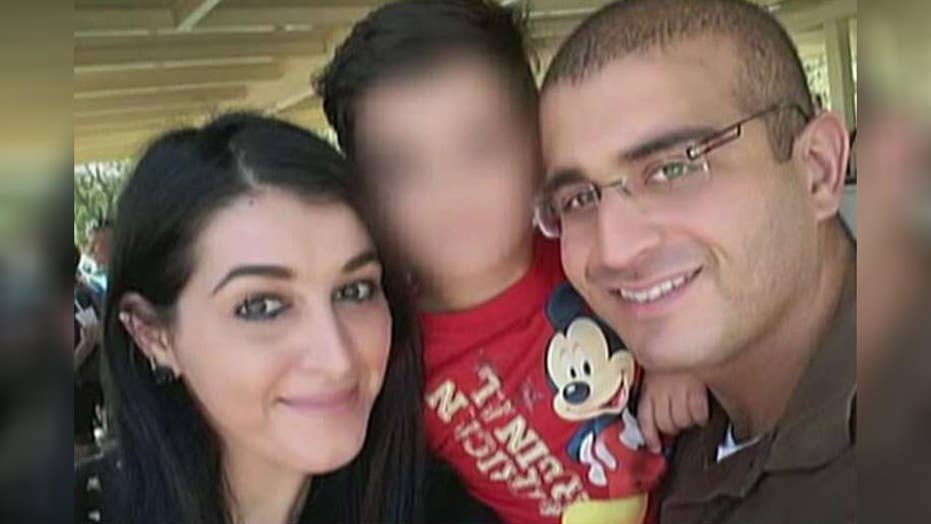 The FBI, already under fire for its handling of tips involving the Parkland school shooter and rocked by the firings and demotions of several high-ranking officials, suffered another significant blow with the acquittal of the Orlando nightclub terrorist’s widow.

And it happened in large part -- according to the jury’s foreman -- due to the bureau's failure to record Noor Salman's interview statements.

“Any time you lose you need to take a hard look at ‘why did we lose’?” former FBI Assistant Director Ron Hosko told Fox News, noting the rare terror trial loss should be a wake-up call for the bureau and federal prosecutors to “re-evaluate their investigative efforts and their decision making."

“I do think it is time because of this, certainly because of some national conversations about trust in the FBI, that the FBI should look hard as to ‘are we in the right place’?” he said.

The Salman verdict reportedly is only the third time since 9/11 someone has been acquitted in a terrorism-related trial and the first time in more than a decade. And now – once again – the embattled bureau’s tactics and actions are being put under the public microscope.

March 30, 2018: Noor Salman, second from right, and her attorneys pose for a photo after Salman was acquitted of lying to the FBI and helping her husband attack the Pulse nightclub in Orlando, Fla. The attorneys, Linda Moreno, Fritz Scheller, Charles Swift pose with Salman from left. (AP)

After Florida school shooter Nikolas Cruz murdered 17 people, it quickly emerged the FBI had been tipped off twice that Cruz was potentially dangerous, with both tipsters mentioning the possibility of a school shooting. The Bureau has also been in the middle of a political -- and potentially criminal -- fight amid the firing of former Director James Comey and Deputy Director Andrew McCabe and the demotion of several other high-profile officials.

But even before Salman was found not guilty last Friday of the charges facing her -- obstruction and aiding and abetting by attempting to provide material support to a terrorist organization -- the trial almost never even made it to a jury because of a bombshell admission from government prosecutors.

In its closing stages, Salman’s lawyers tried to get the case thrown out after Assistant United States Attorney Sara Sweeney revealed in a letter to them that Seddique Mateen, the father of Omar Mateen, who gunned down 49 people in the gay nightclub in June 2016, had been a secret FBI informant for years.

When Fox News e-mailed Sweeney and asked why prosecutors decided to release that information – which ended up giving Salman’s lawyers a chance to absolve their client before the jury eventually did – the message was forwarded to the U.S. Attorney’s Office for the Middle District of Florida, which said it wasn’t commenting on moves made during the trial.

“Go buy a $50 digital tape recorder and put in on the table and just press play.”

“While we are disappointed in the outcome of the trial, we respect the jury’s decision and thank them for their hard work,” the office said in a statement.

But what ultimately appeared to have sunk the FBI in this case was its decision not to record an alleged confession from Salman. One of the statements she allegedly made after the shooting that was written down by an FBI interviewer – whose notes ended up being the backbone for the government’s arguments -- started to fall apart during questioning.

Prosecutors, citing the interview statements, had argued that Salman and Mateen scouted out the Pulse nightclub together as a shooting target in the lead-up to the massacre. However, FBI Special Agent Richard Fennern testified that “within days” of Salman signing the statements, the bureau found out – using cell phone geolocation data and other information – that Salman was nowhere near the facility when she claimed she was, according to The Intercept.

FBI Special Agent Ricardo Enriquez, who wrote down the alleged statements, testified that he did so because Salman was “too nervous to write.” But the defense – which won over the jury -- portrayed Salman as someone who was pressured into making a false confession and had a low IQ, making it easy to manipulate her.

“I wish that the FBI had recorded their interviews with Ms. Salman as there were several significant inconsistencies with the written summaries of her statements,” the jury’s foreman revealed in a statement last week to the Orlando Sentinel.

June 15, 2016: Federal Bureau of Investigation officials collect evidence from the parking lot of the Pulse nightclub in the days after the attack. (Reuters)

“A verdict of not guilty did NOT mean that we thought Noor Salman was unaware of what Omar Mateen was planning to do,” the foreman added. “On the contrary we were convinced she did know. She may not have known what day, or what location, but she knew. However, we were not tasked with deciding if she was aware of a potential attack…the bottom line is that, based on the letter of the law, and the detailed instructions provided by the court, we were presented with no option but to return a verdict of not guilty.”

So why didn’t the FBI record their interviews with Salman?

“I honestly never thought about it,” FBI Special Agent Christopher Mayo testified during the trial, noting that he was focused on getting info from Salman in the hours after the attack and sending it to local law enforcement, according to the Orlando Sentinel. “It wasn’t a conscious decision.”

A FBI spokesperson, in a statement to Fox News, said “while I cannot comment on specific cases, I can tell you that according to FBI policy, the electronic recording of non-custodial interviews is not required.

“At this time, there are no plans to revise this policy,” the spokesperson said.

In 2014, then-Attorney General Eric Holder announced a policythat “establishes a presumption that the FBI, the Drug Enforcement Administration, the Bureau of Alcohol, Tobacco, Firearms, and Explosives, and the United States Marshals Service will electronically record interviews occurring in a place of detention with suitable recording equipment.”

He added: "It allows for certain exceptions—such as when the interviewee requests that the recording not occur or when recording is not practicable."

Holder’s policy was a departure from a 2006 memo in which the FBI advised its field offices, in most cases, to not record interviews, fearing that it would discourage suspects from opening up and cast agents in a negative light, the New York Times reported.

Hosko also told Fox News the bureau historically has leaned on its reputation under the premise it would give their side a boost in courtrooms.

“There was always this strong belief that the sworn statement of an FBI agent raising his right hand tended to be good in the court of law,” he said. “However, that was becoming a losing argument over time.:

He added: “You see cases like this and others, it certainly isn’t alone, where you are going to have experienced defense attorneys making the argument that the subjects’ will was overcome by aggressive FBI tactics, that the statement really didn’t reflect their version of the truth, their statement was written by the agent."

Florida State Sen. Jeff Brandes, who recently co-sponsored a bill in the state legislature calling for a requirement that law enforcement officers record “custodial interrogation at a place of detention,” told Fox News a change in how authorities conduct their investigations is long overdue.

Brandes said jurors should be able to see and hear the actual testimony in cases and that he doesn’t understand why the FBI didn’t record the interrogation in Salman’s instance.

“To me, it’s frankly malpractice,” said the Republican state senator, who represents part of Pinellas County.

“How many of these types of episodes do we need before we recognize for virtually no expense we could record, whether the video, or the video and audio of these interrogations?” Brandes added. “Go buy a $50 digital tape recorder and put in on the table and just press play.”