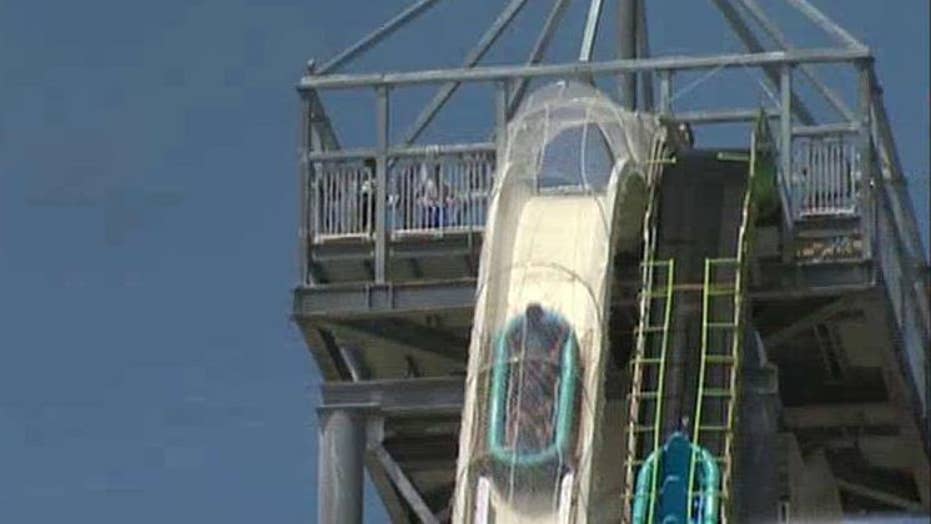 The family of a boy decapitated on a waterslide at a Kansas park will receive nearly $20 million in settlement payments, court documents revealed.

The family of Caleb Schwab, who died from a "fatal neck injury" while on the "Verrückt" waterslide on Aug. 7, 2016, reached settlements with the company in January and April, but the amounts were not released, The Kansas City Star reported. The newspaper said it filed two motions to intervene in the cases.

SVV 1 and KC Water Park, the companies associated with the Texas-based water park operator Schlitterbahn, will pay the family $14 million, according to court documents. The general contractor, the raft manufacturer and a company that consulted on the 17-story waterslide will pay the rest of the settlement.

Caleb Schwab, the son of Republican Kansas state Rep. Scott Schwab, was with his dad, mom and brothers at the Schlitterbahn in Kansas City when he rode the "Verrückt," dubbed the tallest waterslide in the world. His raft went airborne during the ride and got caught on the netting hanging above, investigators believed.

Schwab was decapitated, a person familiar with the investigation previously told The Associated Press on condition of anonymity.

The two other women who were also in the raft suffered serious facial injuries. They have settled their claims against the companies involved in the making of Verrückt.

“The Schwab family and all those impacted by the accident will forever be in our thoughts and prayers, and our deepest condolences are with the family,” Schlitterbahn spokeswoman Winter Prosapio said to the Kansas City Star.

The company previously announced it would tear down Verrückt once a court allows it, although it remains unclear when that will happen.

Kansas was known for its light regulations on amusement park rides, but Schwab's death have ignited a call for stricter enforcement. Last month, Republican Gov. Sam Brownback signed off on legislation that increased the state's requirements.

Rep. Schwab said in March on the floor of the Kansas House that the bill was for "the next kid who goes some place in Kansas for a fun weekend."

The investigation into Caleb Schwab's death has been turned over to the office of Kansas Attorney General Derek Schmidt, authorities said.

"It remains actively under review," Schmidt said. "It is a priority in our office to get in a position as expeditiously as possible where we can make a decision."