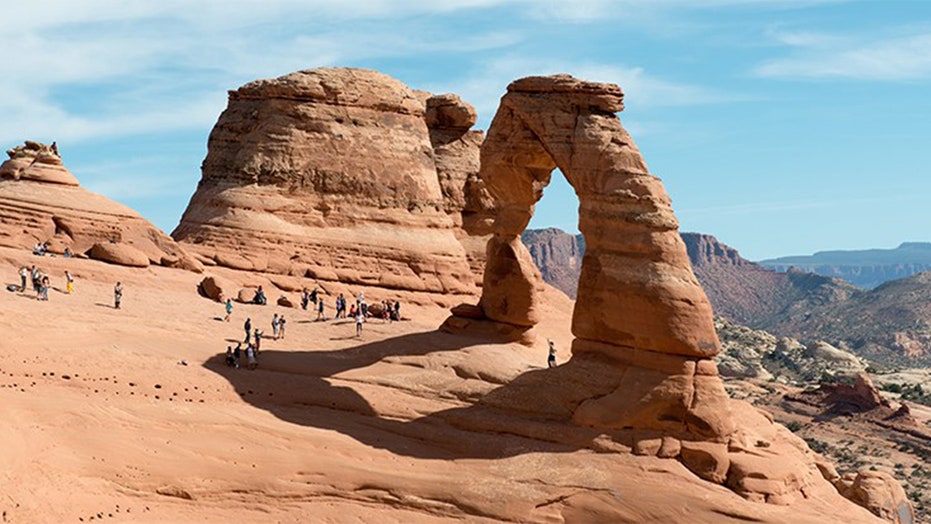 A hike to Utah’s iconic Delicate Arch turned tragic when three hikers fell and two of them were killed.

The arch sits on the edge of a sandstone bowl with steep slopes, and authorities said the three fell into that bowl at about 7:30 a.m. Friday.

“It appears they were all from California and that they may be related,” the Grand County Sheriff’s Office said in a news release. “Authorities are currently investigating and more information will be released as it becomes available.”

The victims were a 65-year-old man and a 60-year-old woman, the news release said.

The survivor was a 30-year-old man. He was taken to the hospital by helicopter.

Chief Ranger Scott Brown told KSL-TV the cause of the fall was not known, though the trail was wet and slick at the time of the incident.

Delicate Arch in Utah sits on the edge of a sandstone bowl with steep slopes that winter ice and snow can leave treacherous.  (National Park Service)

“People come from all over the world to visit Arches National Park, and visiting Delicate Arch is on the top of many visitors' to-do lists,” the National Park Service says on its website.

The trail to see Delicate Arch up close and personal is 3 miles roundtrip and climbs 480 feet, according to the park service.

At the end of the trail hikers follow a narrow rock ledge with exposure to heights.