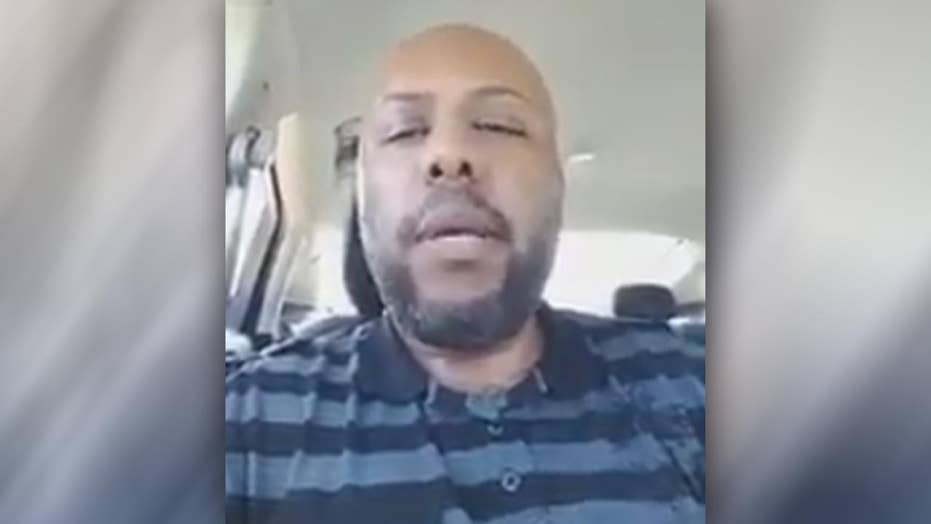 Stephens killed himself after traffic stop

Steve Stephens, the so-called “Facebook killer” who sparked a multi-state manhunt after he brazenly gunned down a Cleveland man at random, killed himself Tuesday morning in Pennsylvania as cops closed in, authorities said.

Stephens was spotted in a McDonald's parking lot in Erie County just after 11 a.m. by a member of the public who quickly contacted Pennsylvania State Police. After a 2-mile chase, "troopers attempted a PIT maneuver to disable Stephens’ vehicle...As the vehicle was spinning out of control from the PIT maneuver, Stephens pulled a pistol and shot himself in the head," a state police Facebook statement said.

“We have closure in regards to the search for Steve Stephens,” Mayor Frank Jackson said during a Tuesday afternoon news conference in Cleveland.

Stephens was driving a white Ford Fusion, a picture of which had been circulated by police, when he was discovered.

Cleveland Police Chief Calvin Williams said officials knew of no ties Stephens had to the Erie County area, but they were continuing to investigate.

"We are grateful this has ended," Williams said.

It was not believed that Stephens killed anyone else during his nearly 48 hours on the run, FBI Special Agent in Charge Steve Anthony said.

Pennsylvania police said they kept a close watch on an Erie casino in recent days because Stephens had a history of gambling.

Pennsylvania State Police Major William Teper Jr. said he was only aware through social media that Stephens' cellphone had been located Sunday afternoon in Erie just hours after killing 74-year-old Robert Godwin Sr. on a Cleveland street. Teper said investigators are trying to determine Stephens' movements in the area.

Stephens' mom, Maggie Green, told Fox News on Tuesday she heard the news of her son's death on the radio. She said she believed he would commit suicide because he visited her house before the murder to say goodbye.

"'Momma this will be the last time you see me...I just wanted to see you for the last time,'" Green said that Stephens told her.

Green said Stephens had an issue with gambling.

"Steve was a good Christian person...he just snapped...he had a gambling problem," she said.

At a press conference earlier this morning, Cleveland police said they did not know where Stephens was.

Stephens, 37, shot and killed Robert Godwin seemingly at random on Sunday, recording the encounter on his phone and uploading the horrific video to Facebook. Godwin's family said he had no connection to Stephens or a woman Stephens mentioned during the incident.

Cleveland police on Monday advised residents of Pennsylvania, Michigan, Indiana and New York that Stephens could be in those states, and the manhunt for Stephens soon expanded nationwide.

Erie County, Pa., is about 100 miles northeast of Cleveland.