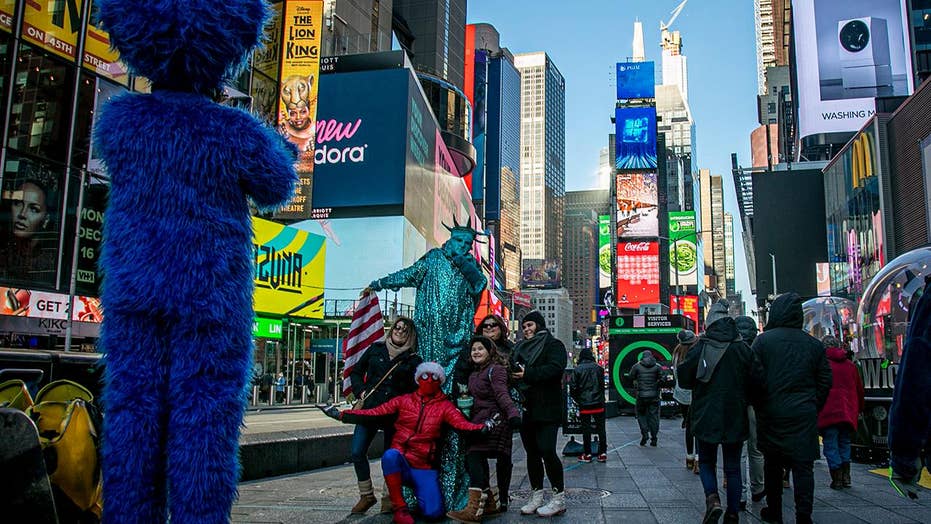 Survey ranks New York as the rudest city in America

According to a new Business Insider study, 34 percent of respondents said New York City residents were the least friendly.

Can you believe these shmucks?!

Americans think New Yorkers are the biggest jerks in the country, according to a new survey — released just days before Christmas, no less.

The slap-in-the-face Business Insider study found 34.3 percent of the knuckleheads who responded believe Big Apple residents are the rudest in the U.S.

But many locals were too polite to respond to the diss Monday.

“F–k off!” one man told a Post reporter on 125th Street in Harlem when asked his opinion of the study.

Crowds of New Yorkers and visitors cross the street in Times Square. (FILE)

Others thoughtfully questioned the methodology.

“Screw those people. Half the people probably haven’t been here!” said Carmen, 52, of The Bronx.

The study surveyed 2,000 adults online about the rudest city in the country. New York finished first going away.

Los Angeles came in a distant second with 19.7 percent.

Big Apple denizens, who spend life jammed against 9 million of their neighbors, are occasionally known to be short on patience with slow-walking tourists.

But visitors have long seen locals as the real problem.

When John Adams visited the city in 1774, he wrote in his diary: “With all the opulence and splendor of this city, there is very little good breeding to be found.”

“I have not seen one real gentleman, one well-bred man, since I came to town,” he continued, per a 2011 New York Times report.