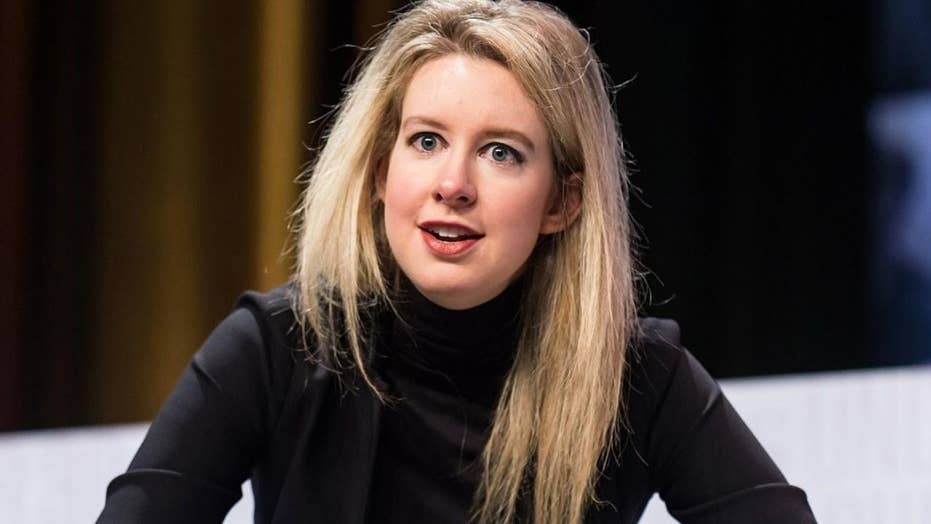 Former CEO of Theranos, Elizabeth Holmes, bought a dog she claimed was a ‘wolf’ as the company collapsed.

Jordan Belfort may have been the "Wolf of Wall Street," but Elizabeth Holmes owned the wolf of Silicon Valley. Or so she said.

As her company was facing serious trouble, the then-CEO of Theranos reportedly jetted off across the U.S. to purchase a Siberian husky -- that she later claimed was a wolf. A real wolf.

Holmes, 35, who was once considered a Silicon Valley sensation, carefully crafted her CEO image. She wore black turtleneck sweaters, which earned her the honor of being nicknamed “the next Steve Jobs.” Her company had allegedly discovered a new way of doing blood testing, a method in which Theranos said it could perform dozens of tests with just a few droplets of blood.

However, an investigation by The Wall Street Journal discovered Theranos’ technology was inaccurate and the secretive company was using routine blood-testing equipment for the vast majority of tests.

Following the report, Theranos began its demise. Walgreens ended its blood-testing partnership with the company as Theranos came under investigation by the FBI, the Department of Justice and the Securities and Exchange Commission.

As her company was facing serious trouble, then-CEO of Theranos Elizabeth Holmes jetted off across the U.S. to purchase a Siberian husky she later claimed was a wolf, a report said. (Getty Images)

Throughout the chaos, Holmes thought the company “could still be saved,” according to Vanity Fair. The former CEO bought the 9-week-old Siberian puppy and named him Balto after the famous sled dog who helped lead a pack across Alaska to bring medicine to an illness-ravaged region.

Holmes took Balto under her wing and allowed him to go to work with her -- despite scientists warning the animal’s hair might contaminate samples, according to the magazine. The dog was not potty trained and allegedly urinated and defecated in the headquarters of Theranos. Often.

Later, Holmes found Balto “had a tiny trace of wolf origin,” like most huskies, Vanity Fair reported. Going forward, Holmes referred to her dog as a "wolf" to whoever asked about Balto.

The report noted a year after Holmes bought Balto, in September 2018, Theranos shut down. Holmes was charged with “11 criminal felony counts, including wire fraud and conspiracy,” Vanity Fair reported. She could face up to 20 years in prison if she’s convicted.

Holmes is living in San Francisco and is engaged, the magazine reported. She reportedly ditched the black turtlenecks for yoga pants.

Balto? Still with Holmes. And still a "wolf."