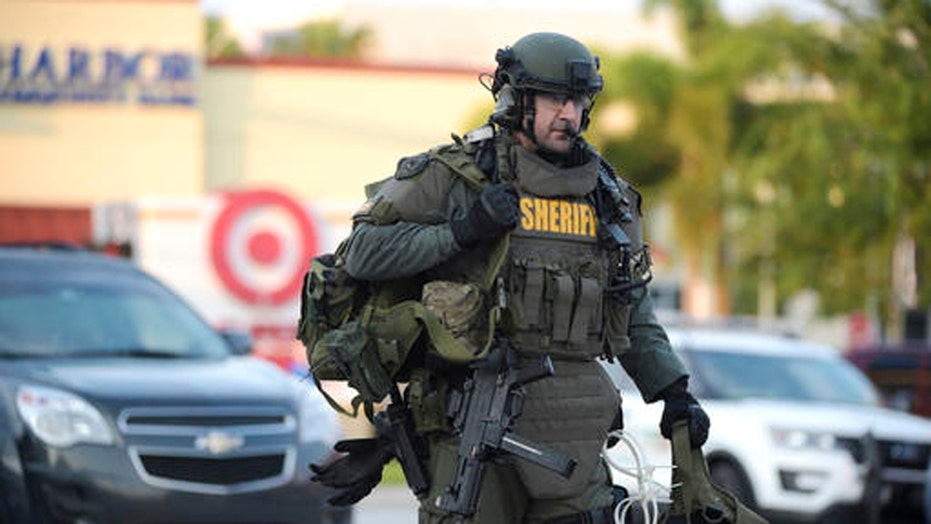 Police confirmed at least 11 officers were involved in the gunfight that killed the attacker at an Orlando nightclub early Sunday, adding that a SWAT team stormed the building to rescue hostages roughly three hours after the horrific siege began.

Investigators would not explain exactly why the SWAT team did not rush in earlier. The nightclub had posted a Facebook message shortly after 2 a.m. ordering people to leave. The SWAT team entered the building for the hostage rescue around 5 a.m.

In all, the gunman killed at least 50 people and wounded more than 50 others before police killed him.

A police officer in full uniform heard initial reports of shots fired when he engaged the shooter who then took hostages inside the nightclub, Orlando Police Chief John Mina told reporters.

Pulse shooting: In hail of gunfire in which suspect was killed, OPD officer was hit. Kevlar helmet saved his life. pic.twitter.com/MAb0jGi7r4

In the "hail of gunfire" that ultimately killed the shooter, one bullet pierced an officer's Kevlar helmet, which saved his life, police said. They released a photo of the helmet, saying the officer suffered injuries to his face which were not serious.