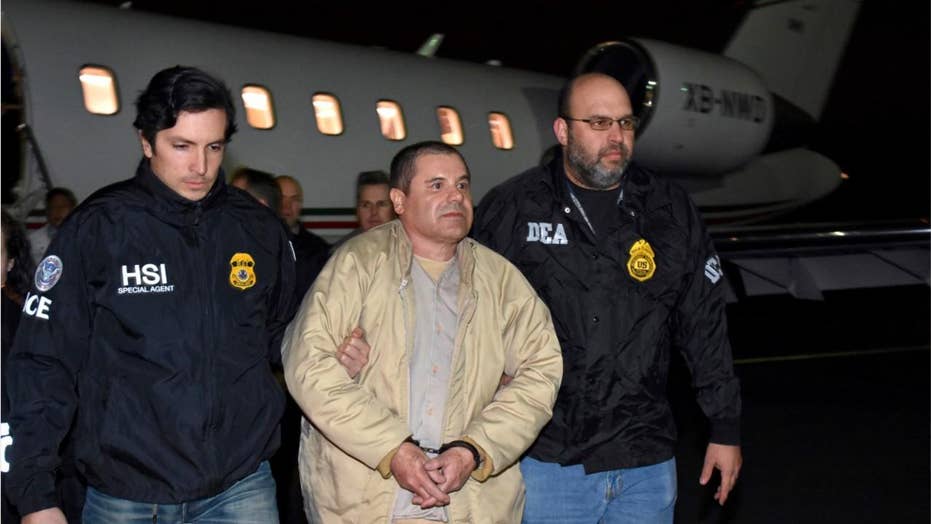 Joaquin ‘El Chapo’ Guzman is being accused of drugging and raping girl as young as 13 years old, according to court documents.

The accusations against Joaquin "El Chapo" Guzman grow more disturbing by the day, as recently unsealed documents reveal that the drug lord had sex with girls as young as 13, often after drugging them, and referred to the pills as the "vitamins" that give him "life."

The new and disturbing details were made during Guzman's trial at the U.S. Federal Court in Brooklyn, New York on Friday. The witness, his former personal secretary Alex Cifuentes Villa, said that he would sometimes help Guzman incapacitate the girls by placing a "powdery substance" in their drinks, the New York Times reports.

Guzman's lawyer said in a statement that the drug lord denied the allegations, which he called "extremely salacious."

“Joaquin denies the allegations," his lawyer, Eduardo Balarezo, said. He added that the claims “lack any corroboration and were deemed too prejudicial and unreliable to be admitted at trial.”

Balarezo also questioned the timing of the documents. “It is unfortunate that the material was publicly released just prior to the jury beginning deliberations,” he continued. The documents were unsealed by Judge Brian Cogan in response to a request by Vice Media and the New York Times.

In this courtroom sketch, Joaquin "El Chapo" Guzman, center, listens as a prosecutor delivers closing arguments during his trial, Wednesday, Jan. 30, 2019, in New York. Guzman was portrayed Wednesday in closing arguments at his U.S. trial as a ruthless Mexican drug lord who also became skilled at evading capture and escaping prison because he feared facing justice on American soil. (Elizabeth Williams via AP)

Guzman's former secretary Cifuentes alleged that the young girls were brought to the drug lord by a woman named only as "Comadre Maria." She "regularly" sent photos of girls for Guzman to choose from, and would allegedly send his selections to his home in the mountains to engage in sexual activity for a fee of $5,000.

"Comadre Maria" was brought up another time in the trial, for her alleged role as an intermediary when Guzman reportedly paid a $100 million bribe to former Mexican President Enrique Pena Nieto.

Guzman, 61, has been on trial since November, when he was extradited to the United States to face a litany of charges. He is accused of leading the Sinaloa drug cartel, largely considered to be one of the most powerful and ruthless criminal organizations in existence.

He is facing 10 total charges, including engaging in a continuing criminal enterprise, conspiracy to launder narcotics proceeds, international distribution of cocaine, heroin, marijuana and other drugs, and use of firearms. He has pleaded not guilty to all charges.

The jury begins deliberation on Monday after hearing from a total of 57 witnesses: 56 presented by the prosecution and one called by Guzman's defense team.

He faces life in prison if found guilty.