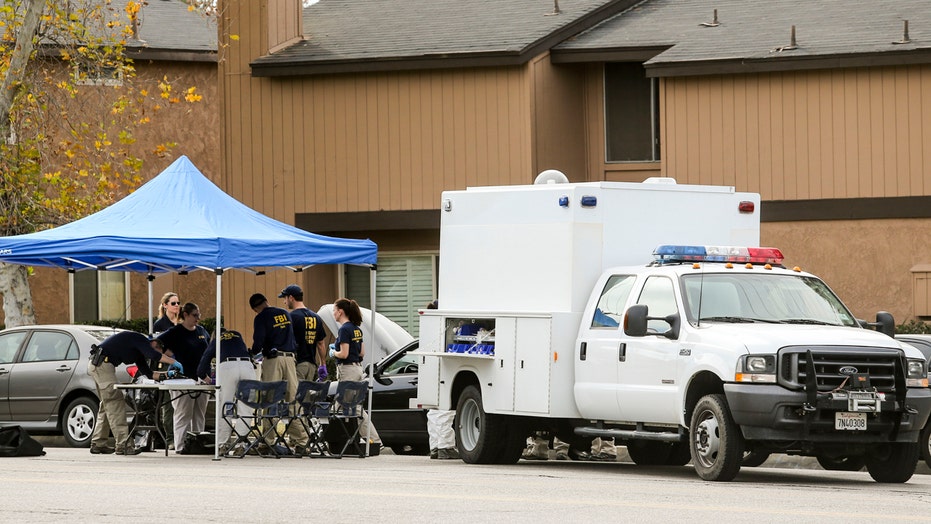 One of the two terrorists who killed 14 people at a San Bernardino, Calif. office building Wednesday made multiple visits to a nearby gun range days before the assault, the FBI confirmed during a Monday afternoon news conference.

"Yes, we do have evidence that both of these subjects participated in target practice," FBI Assistant Director in Charge of the Los Angeles office David Bowdich said, referring to San Bernardino terrorists Syed Farook and Tashfeen Malik. "In one occasion it was done within days of this event"

Law enforcement sources told Fox News late Sunday that Farook spent time at the Riverside Magnum Shooting Range on Sunday, Nov. 29 and Monday, Nov. 30. During the two visits— one of which lasted several hours— Farook shot both an AR-15 and a handgun, both of which were brought by him to the range. Fox has also learned the FBI has obtained surveillance video from the range, which is about 25 miles away from the couple's home in Redlands.

Bowdich said investigators had conducted "well over" 400 interviews as the investigation has proceeded at a "breakneck" pace. Authorities have also collected over 320 pieces of evidence so far, some of which have already been transported to Washington DC, primarily to FBI labs and bomb labs.

"This has not been a restful weekend for any of us, nor should it be," Bowdich said.

Among the items collected so far are 19 pipes removed from Farook and Malik's home. The pipes, Bowdich said, could be turned into pipe bombs if all necessary components were put in place.

Law enforcement officers are also beginning to assemble a more complete image of the husband and wife murderers. It had been previously reported that Farook was radicalized somewhat recently. Bowdich said on Monday that was not the case.

"Both were radicalized and had been for some time," he said. Though, he added, investigators did not yet know by whom, or where or when the radicalization occurred. Bowdich stressed that process could have been achieved over the Internet and may not have involved an individual actively turning the pair towards radical Islam.

A better picture is also emerging of how the pair rehearsed for the attacks.

Investigators believe both Farook and Malik were "dry-firing" in the back yard of another Southern California home in the days leading up to the attack, according to law enforcement sources.  Dry-firing, as explained by a source, is pulling a gun's trigger with no bullets in the weapon's chamber.

"The intent is to train the mind to kill,” the source told Fox late Sunday.

The new disclosures came after FBI agents conducted a raid early Saturday at a Riverside home next door to where Farook used to live with his family.

Neighbors say authorities with guns drawn broke windows and used a cutting torch to get into the garage.

A law enforcement official told the Associated Press that more than three years ago, Marquez bought two assault rifles later used in the shooting, but authorities haven't been able to talk to him because he checked himself into a mental hospital after the attack. The official was not allowed to discuss the investigation publicly and spoke on condition of anonymity.

The FBI has said Marquez is not a suspect in shootings, though they want to question him. Federal officials are investigating whether the military-style rifles used were part of an illegal straw purchase, and then given to Farook or Malik, the Associated Press reported Sunday.

Bowdich said on Monday he was "not prepared" to discuss Marquez, and an ATF spokesperson said the organization was "trying to determine" how the guns got to Farook and Malik.

Three other firearms used by the terrorist duo -- two pistols and a rifle -- were purchased by Farook from firearms retailers between 2007 and 2012, the ATF spokesperson said.

Fox News' Adam Housley and Dan Gallo and the Associated Press contributed to this report. Follow them on Twitter @adamhousley and @dangallo.