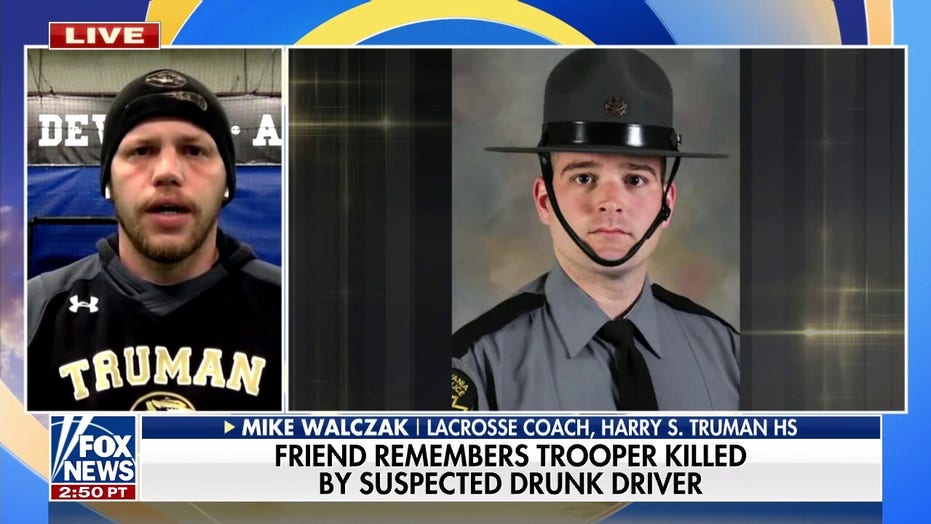 The woman accused of killing two Pennsylvania state troopers and a third man in a crash on Interstate 95 Monday was pulled over for speeding minutes before the crash, sources say.

Those sources say Jayana Tanae Webb was stopped by the same troopers she is accused of killing minutes later, FOX 29 Philadelphia reports.

Troopers Branden T. Sisca, 29, and Martin F. Mack III, 33, pulled over Webb’s 2014 Chevrolet Captiva on I-95 after midnight, but sources say the stop was brief because troopers received a "priority call" for a man walking on the southbound lanes of the highway bear the Broad Street exit.

After getting Webb’s driver’s license, registration and insurance information, Mack and Sisca left her with a warning to slow down. Sources tell FOX 29 the entire stop was caught on their dashboard camera and that the interaction lasted less than one minute.

Police said a man later identified as 28-year-old Reyes Rivera Oliveras of Allentown was reported walking in the southbound lanes of I-95 near the sports stadiums in south Philadelphia early Monday. Mack and Sisca were trying to get him off the road when a vehicle "traveling at a high rate of speed" struck all three, police said. All were pronounced dead at the scene, where Webb was arrested.

In a Jan. 15 tweet, Webb appeared to boast about being able to drive while intoxicated.

"If you ask me, I’m the best drunk driver ever," the post reads.

Sources have confirmed investigators are looking into her social media, including a possible second Twitter account that mentions a 12:47 a.m. Monday traffic stop that involved speeding.