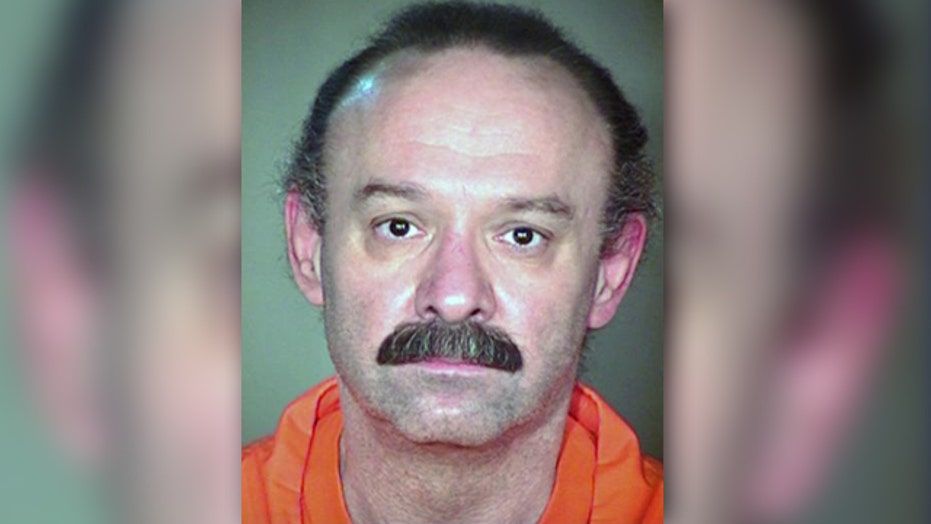 William La Jeunesse reports on execution that lasted over an hour

Arizona Gov. Jan Brewer ordered a review of the state's execution process after a convicted double murderer gasped and snorted for more than an hour and a half before his death Wednesday.

Wood's lawyers had filed an emergency appeal with the U.S. Supreme Court while the execution was underway, demanding that it be stopped. The appeal said Wood was "gasping and snorting for more than an hour."

In ordering the review, Brewer said she was concerned by the length of time the administered drug protocol took to kill Wood.

"One thing is certain, however," Brewer's statement continued, "Wood died in a lawful manner and by eyewitness and medical accounts he did not suffer. This is in stark comparison to the gruesome, vicious suffering that he inflicted on his two victims - and the lifetime of suffering he has caused their family."

Family members of Wood's victims said they had no problems with the way the execution was carried out.

"This man conducted a horrific murder and you guys are going, let's worry about the drugs," said Richard Brown, the brother-in-law of Debbie Dietz, who was 29 when she was killed in 1989. "Why didn't they give him a bullet, why didn't we give him Drano?"

Wood was convicted of fatally shooting Dietz and her father, 55-year-old Gene Dietz, at their auto repair shop in Tucson.

Wood and Debbie Dietz had a tumultuous relationship during which he repeatedly assaulted her. She tried to end their relationship and got an order of protection against Wood.

On the day of the shooting, Wood went to the auto shop and waited for Gene Dietz, who disapproved of his daughter's relationship with Wood, to get off the phone. Once the father hung up, Wood pulled out a revolver, shot him in the chest and then smiled.

Wood then turned his attention toward Debbie Dietz, who was trying to telephone for help. Wood grabbed her by the neck and put his gun to her chest. She pleaded with him to spare her life. An employee heard Wood say, "I told you I was going to do it. I have to kill you." He then called her an expletive and fired two shots in her chest.

An Associated Press reporter who witnessed the execution saw Wood start gasping shortly after a sedative and a pain killer were injected into his veins. He gasped more than 600 times over the next hour and 40 minutes.

An administrator checked on Wood a half dozen times. His breathing slowed as a deacon said a prayer while holding a rosary. The 55-year-old finally stopped breathing and was pronounced dead 12 minutes later.

Defense lawyer Dale Baich called it a botched execution that should have taken 10 minutes.

"Arizona appears to have joined several other states who have been responsible for an entirely preventable horror — a bungled execution," Baich said. "The public should hold its officials responsible and demand to make this process more transparent."

Wood looked at the family members as he delivered his final words, saying he was thankful for Jesus Christ as his savior. At one point, he smiled at them, which angered the family.

"I take comfort knowing today my pain stops, and I said a prayer that on this or any other day you may find peace in all of your hearts and may God forgive you all," Wood said.

The case has highlighted scrutiny surrounding lethal injections after two controversial ones. An Ohio inmate executed in January snorted and gasped during the 26 minutes it took him to die. In Oklahoma, an inmate died of a heart attack in April, minutes after prison officials halted his execution because the drugs weren't being administered properly.

Arizona uses the same drugs — the sedative midazolam and painkiller hydromorphone — that were used in the Ohio execution. A different drug combination was used in the Oklahoma case.

"States have been scrambling over the past many months to find new sources of drugs. They have been experimenting," said Megan McCracken, of the University of California, Berkeley, School of Law's Death Penalty Clinic. "These procedures are unreliable and the consequences are horrific."

States have refused to reveal details such as which pharmacies are supplying lethal injection drugs and who is administering them, because of concerns over harassment.

Woods filed several appeals that were denied by the U.S. Supreme Court, including one that said his First Amendment rights were violated when the state refused to reveal such details.

Wood argued he and the public have a right to know details about the state's method for lethal injections, the qualifications of the executioner and who makes the drugs. Such demands for greater transparency have become a new legal tactic in death penalty cases.

The 9th U.S. Circuit Court of Appeals had put the execution on hold, saying the state must reveal the information. But the Supreme Court has not been receptive to the tactic, ruling against death penalty lawyers on the argument each time it has been before justices.

Deborah Denno, professor of criminal law and criminal procedure at Fordham Law School, said it may be up to Legislatures or the public to bring any change.

"I think every time one of these botches happens, it leads to questioning the death penalty even more," she said. "It will reach a point where the public will question the value of these execution procedures generally, and perhaps the death penalty itself."

Wood's execution was Arizona's third since October and the state's 36th since 1992.