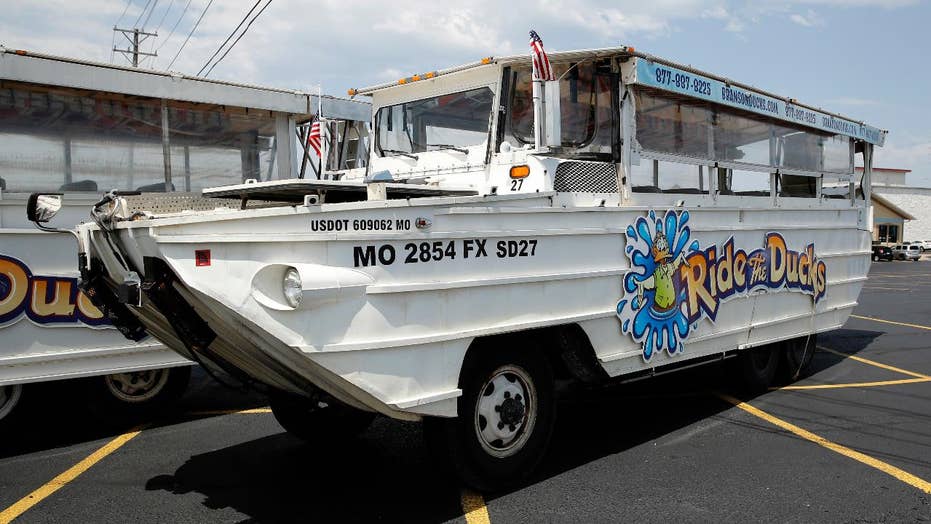 BRANSON, Mo. – The duck boat that sank in a Missouri lake last week, killing 17 people and injuring several others, was built by a self-taught entrepreneur who had little to no engineering training, according to new court documents.

Designer Robert McDowell, the former owner of Ride The Ducks, is a self-taught entrepreneur who grew up in the tourist town of Branson.

He made money by altering and manufacturing dozens of amphibious vehicles, though he lacked the proper engineering skills to do so, according to his own testimony.

In a deposition last year on a separate matter, McDowell said he taught himself how to rebuild and maintain a fleet of duck boats despite lacking any training or certification in mechanics.

McDowell managed to turn his Ride The Ducks boat business into a lucrative one before selling it in 2004.

Since then, Ride The Ducks, through its various corporate iterations, has been linked to several high-profile accidents, including last week’s horrific one that devastated an entire community. Nine of the 17 people killed last Thursday were members of the same Indiana family. 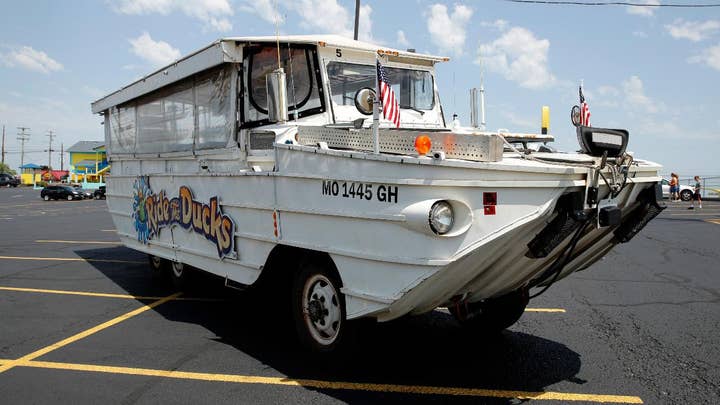 On Monday, salvage crews recovered the Ride The Ducks boat from 80 feet of murky water in Table Rock Lake, less than 10 miles from Branson.

As the vessel broke the surface mid-morning, two small American flags remained visible on the front. Unused orange life jackets dangled from the frame of the boat as a haunting reminder of the chain of events that occurred less than a week ago.

After pulling the duck boat out of the water, investigators with the National Transportation Safety Board took custody of it.

It was not clear how long the investigation will take, but similar ones have taken up to a year.

In an interview with Fox News on Sunday, mechanical inspector Steven Paul said he warned Ripley Entertainment, the company that operates Ride The Ducks in Missouri, about massive design flaws and dangerous safety issues almost a year before Thursday's tragic accident.

Paul, who served in the U.S. Army for six years as a diesel mechanic before opening Test Drive Technologies in 2009, told Fox he was hired by Ripley last year to inspect 24 duck boats. The Florida-based company had been interested in buying the business and wanted an assessment.

"My inspection was so they had the opportunity to know what they were buying before the sale was final," Paul said.

Paul said he sent the company a "two- to- three-page fleet inspection report" as well as 24 checklist reports and "as many as 20 photos for each duck" he inspected in August 2017. In the report, he cautioned that the boats' engines -- and pumps that remove water from their hulls -- might fail in bad weather. In rough conditions, water could get into the exhaust system, and then into the motor, cutting it off. With the motor off, its pump for removing water from the hull would not operate.

The duck boat that capsized had 31 people on board when it sank in 40-foot waters. The amphibious vessel overturned during a fast-moving summer storm that produced near-hurricane gusts that turned ripples into massive waves.