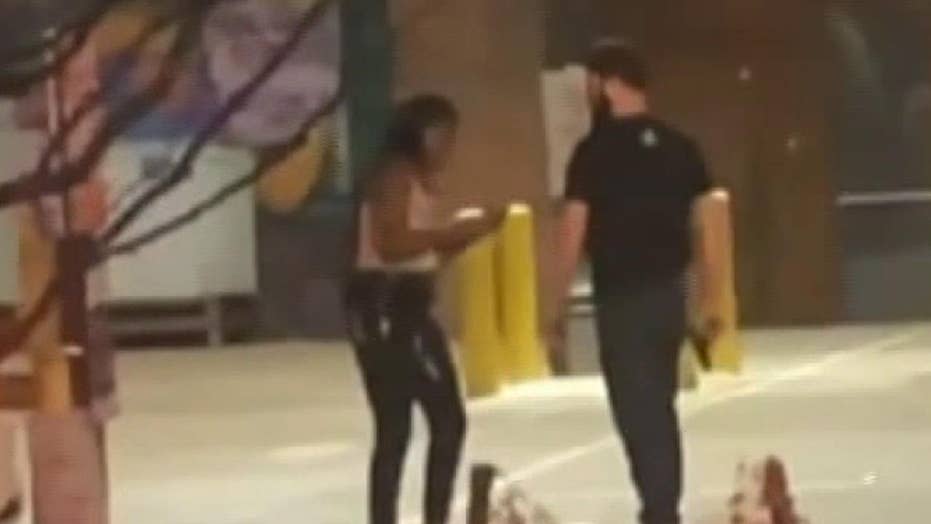 L'Daijohnique Lee was charged with felony criminal mischief for breaking the back window of the truck belonging to a man who attacked her in the Deep Ellum section of Dallas.

Prosecutors will reportedly not be prosecuting a Texas woman who allegedly damaged the property of a man seen brutally assaulting her in a viral video.

The Dallas County District Attorney on Wednesday declined to prosecute a felony criminal mischief charge against L’Daijohnique Lee, 24, who was accused of breaking the back windshield of her attacker’s pickup truck.

Dallas police sought to arrest Lee on Tuesday after cops determined she'd caused more than $3,000 in damages after breaking the windshield of Austin Shuffield’s pickup truck with a jump box on the night of the attack.

“We’re grateful to John Creuzot and the Dallas County District Attorney’s Office,” Lee’s attorney, Lee Merritt, said Wednesday from the steps of the Dallas County courthouse. “We think it was the right thing to do.”

The incident went viral last month after Shuffield was seen in a video punching Lee several times in the face during a confrontation in a parking lot.

Austin Shuffield, 30, was seen in a viral video attacking a woman in a Texas parking lot during a confrontation. (Dallas County Jail)

Police said Shuffield had confronted Lee about blocking the parking lot exit with her car and the encounter became violent when he pulled out a gun as she called 911. Shuffield then knocked her cellphone from her hand and kicked it away.

In the video, Lee is seen landing one punch on Shuffield’s arm before he attacks her, delivering at least five punches that connect with the woman’s face.

Shuffield, 30, was initially arrested on misdemeanor charges, but police recommended to a grand jury the charges be upgraded a week later to aggravated assault with a deadly weapon and unlawfully carrying a weapon.

Dallas police said Tuesday they were merely following the letter of the law with the charge against Lee, saying it had been pending since the day of the incident. Police said Lee admitted to breaking the vehicle’s window.

Police Chief Renee Hall said Wednesday she stood by her decision to pursue the felony charge against Lee, which was based on the damage estimate to the window, FOX4 News reported.

“We have the responsibility as a police department to file that charge. And the district attorney in this case as in any other case has the ability to either accept that charge, reject it, try it and do what is necessary from their perspective,” Hall said.

Shuffield is currently out on bail.