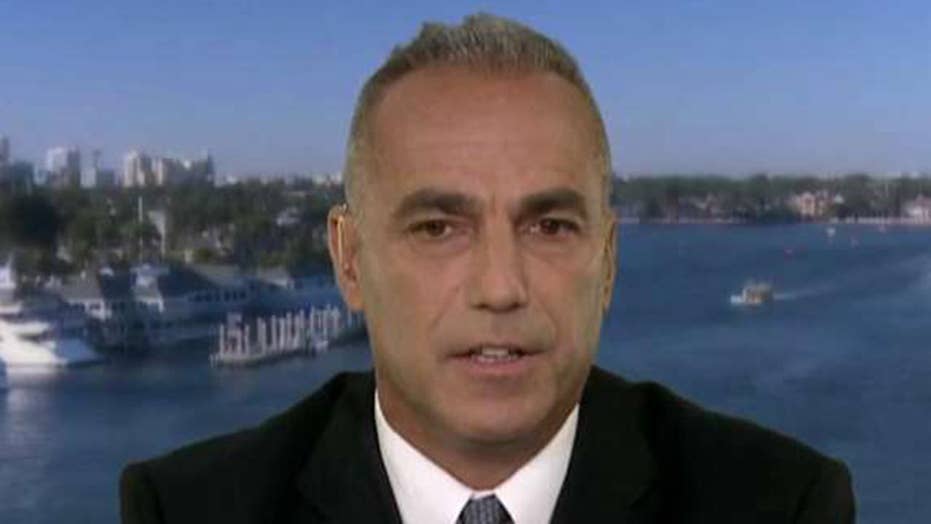 Father of Parkland victim on fatal school shooting in Texas

The Florida sheriff dubbed a “coward” by President Trump for not engaging Marjory Stoneman Douglas High School shooter Nikolas Cruz is now making his first comments to the media since the massacre occurred, claiming he did everything he could as the attack unfolded.

The actions of Scot Peterson, a former resource officer, have been routinely criticized by the public and in the media since surveillance footage surfaced of him standing outside the school in Parkland on Valentine’s Day as Cruz killed 17 people inside.

In a wide-ranging interview with the Washington Post published Monday, Peterson said he remembered thinking that the gunshots were initially fireworks set off by “probably a few kids acting like idiots” and that everything that day happened “all so fast.

“How can they keep saying I did nothing?” he recalled saying to his girlfriend one morning after the shooting. “I’m getting on the radio to call in the shooting. I’m locking down the school. I’m clearing kids out of the courtyard. They have the video and the call logs. The evidence is sitting right there.”

Peterson said in the minds of the public, you are either a “hero or a coward, and that’s it.”

“I’ve cut that day up a thousand ways with a million different what-if scenarios, but the bottom line is I was there to protect, and I lost 17,” he added.

The Washington Post reported that Peterson, who has since retired from his decades-long career and is collecting a $100,000 yearly pension, considered moving out of state and changing his name. But for now, the 55-year-old is staying put in Boynton Beach, inside a home whose front door is mostly covered by a white sheet to ensure privacy.

Peterson told the Washington Post that he remained in place during the shooting because he didn’t want to expose himself to the attacker – and was unclear where the bullets were coming from.

“We don’t have any description yet,” he reportedly said into his radio while the massacre was happening. “We just hear shots, what appear to be shots fired.”

Peterson later left his position to give a Coral Springs SWAT team his master set of keys to the classrooms when they arrived to clear buildings, according to the newspaper.

At that point, he first walked by the entrance of the building at Marjory Stoneman where the shooting happened, and Peterson saw two victims in its hallway.

“I couldn’t get him,” he said he remembered telling his girlfriend after he came home later that night, before his image was plastered all over the media in the coming weeks, with criticism coming along with it. “It was my job, and I didn’t find him.”

Peterson told the Washington Post that since the shooting, he has had trouble sleeping.

“I was scanning for the shooter, looking over the windows, the sidewalk, the rooftop. I thought maybe it was a sniper like in Las Vegas,” he said. “I just didn’t know.”