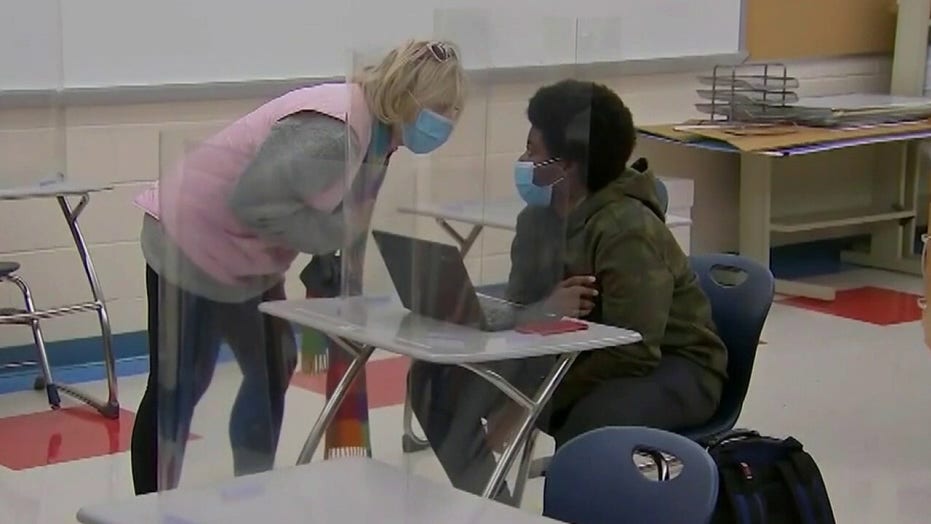 Teenagers saw an increase in mental health issues stretching from persistent feelings of loneliness to suicidal thoughts last year amid school shutdowns and government-mandated restrictions during the pandemic.

"These data echo a cry for help," CDC acting Principal Deputy Director Debra Houry, said in a press release of the CDC’s findings.  "The COVID-19 pandemic has created traumatic stressors that have the potential to further erode students’ mental well-being. Our research shows that surrounding youth with the proper support can reverse these trends and help our youth now and in the future."

The CDC survey found 44% of teenagers surveyed in the first six months of 2021 reported feeling persistently sad or hopeless. The figure is up from data in 2009 that found 26.1% reported hopelessness and 36.7% reported the same in 2019.

The Center for Disease Control and Prevention (CDC) has been criticized and mocked from all sides after a series of muddled messages have baffled Americans amid a record surge in COVID-19 cases and the spread of the omicron variant. (iStock) (iStock)

Overall, 37% of high school students reported poor mental health during the pandemic and nearly 20% of teens said they contemplated suicide. Girls seriously contemplated suicide at double the rate of boys, with 1 in 4 reporting suicidal thoughts. Female students also reported higher rates of drinking and tobacco use than male counterparts.

The CDC released the data Thursday after surveying roughly 7,700 students in grades 9-12 between January and June of 2021. The students who participated attended both private and public schools.

A "closed" sign in front of a public elementary school in Grand Rapids, Michigan in March 2020.  (iStock)

The first six months of 2021 marked the first full year of pandemic learning, which included many school districts using remote learning or hybrid models of in-person and remote learning.

Republicans on the House Select Subcommittee on the Coronavirus Crisis released a report last week revealing a Centers for Disease Control and Prevention official’s testimony claiming that the agency closely coordinated with teachers' unions on school reopening guidelines.

Republicans wrote that emails between the American Federation of Teachers (AFT), the White House, and the CDC showed that the AFT’s "cozy relationship with the Biden administration’s political leadership at the CDC positioned the union to impose line-by-line edits" to the reopening guidance, despite the CDC’s "past practice to keep draft guidance confidential."

Among the edits from the AFT were ones intended to make it more likely that schools would close to in-person learning, according to the Republicans.

"The damaging edits by union bosses effectively kept thousands of schools shuttered across the country, locking millions of children out of their classrooms. The Biden Administration abandoned medical science and replaced it with political science to reward one of their largest donors, harming millions of children in the process. They bypassed the science to put union bosses ahead of children," a joint statement from Republican Reps. Steve Scalise and James Comer said.

Government-mandated restrictions were also still implemented in states such as California and Michigan last year, including face mask requirements, indoor capacity limits for establishments such as restaurants and gyms, and other caps on social gatherings.

The CDC’s report on student’s mental health comes after more than a year of health professionals and other studies warning youths were experiencing higher instances of depression and suicidal thoughts. The American Academy of Pediatrics warned in October there was a national emergency in child and adolescent mental health tied to the pandemic.