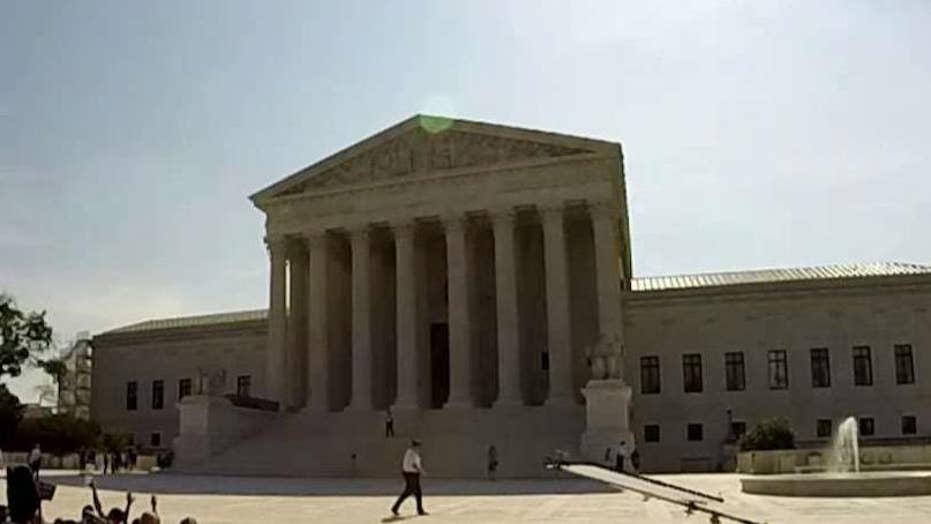 Advocates and lawmakers on both sides used the decision to point to the importance of the fall election; Shannon Bream has the story for 'Special Report'

A pro-abortion group that produced a video parody of a popular Jerry Seinfeld show has people on both sides of the issue asking, what is the deal?

“This may be the best pro-life ad ever made,” said Dr. Grazie Pozo, a policy advisor for The Catholic Association. “NARAL's video shows how radically their ideological commitment to abortion divides them from the rest of Americans. It shows perfectly the dark and joyless worldview that NARAL proposes we all ought to share, as well as their utter contempt for goodhearted people who disagree with them.”

Even some pro-choice watchers voiced opposition to the video.

“I am pro-choice. This is the most disgusting thing I have ever see,” @bayo0786 wrote on Twitter.

@KC_Rounder tweeted: “I’m called a concern troll since I’m pro-choice, but often not pro-choice-organizations. This is how I got there.”

The video stars Alice Wetterlund, a cast member of HBO’s “Silicon Valley,” and standup comic Nato Green. The pair is filmed as they drive around trying to find a location for Wetterlund to get an abortion. But they often meet “barriers the anti-choice movement creates,” according to the video’s YouTube description.

Early on in the video, Wetterlund is asked why she wants an abortion.

“I want an abortion because my body is doing a thing right now, that is not incubating a person, and I would like it to continue doing that thing,” she says. “It’s my choice. Okay?”

The pair then spots a child who appears to slap his father in the face.

“Yea, we don’t need more of this in the world,” Wetterlund says. “That’s the other thing.”

Some of the roadblocks the two find themselves up against include a clinic that’s been shut down, and mistaking a crisis pregnancy center for a clinic. A Christian woman behind the desk at the crisis center attempts to talk Wetterlund out of the abortion by saying 8-week-old babies can recognize iPhone passwords and “Who needs doctors when you have the Book of Jeremiah?”

“Did you know that if you get an abortion there’s an 18 percent chance that the chance of you getting into heaven is zero percent?” the woman asks as Wetterlund leaves.

Mallory Quigley, the communications director for pro-life group the Susan B. Anthony List, told FoxNews.com that NARAL was “trivializing a life-ending and life-altering decision.”

“This video is an offense to all women: those who have had an abortion and experienced deep pain and suffering after that choice, those who are conflicted on the issue, and even NARAL’s own constituents who they portray as angry and flippant,” Quigley said.

Near the end of the video, the pair mocks Seinfeld in yet another nod to the parody’s model.

“Where can a comedian get an abortion anymore?” Green asks in a faux-Seinfeld voice.

“Are you doing Seinfeld?” Wetterlund says. “Don’t do that. Don’t do Seinfeld.”