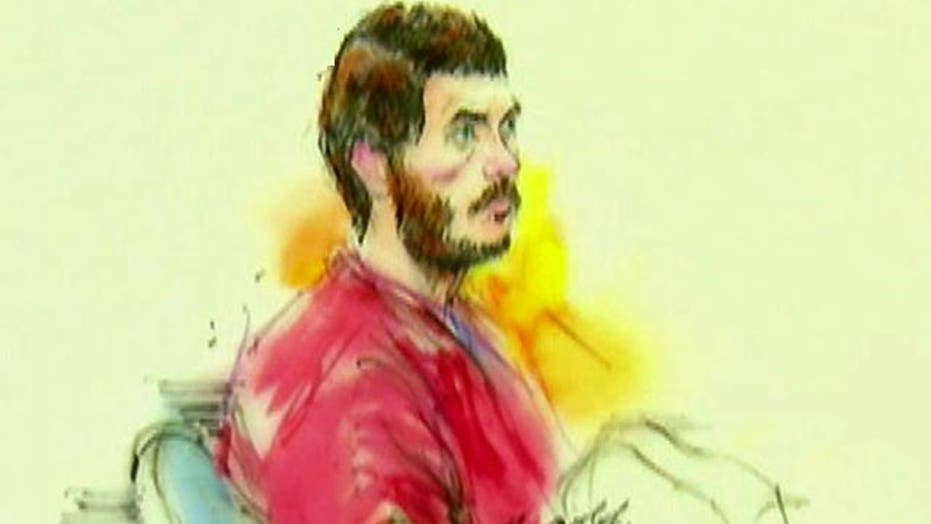 CENTENNIAL, Colo. – Attorneys for the Colorado movie theater shooting suspect plan to subpoena a FoxNews.com journalist who was the first to report that James Holmes sent his psychiatrist a notebook full of violent descriptions.

The attorneys made the statement toward the end of a court hearing Monday after nine different law enforcement officials denied being the ones to tell reporter Jana Winter about the notebook. The defense argues the disclosure was a violation of a gag order in the case and is seeking sanctions against the leaker.

After authorities seized a package from Holmes in the mailroom of the University of Colorado, Denver four days after the shooting, Winter reported that it contained a notebook with violent descriptions of a possible attack. Defense attorneys quickly complained that the leak must have come from law enforcement and demanded sanctions, though prosecutors said the report was inaccurate and there was no indication it came from anyone with knowledge of the case.

The defense's plans to subpoena Winter could set up a courtroom clash over reporters' ability to protect their sources from disclosure.

In a statement, Fox News said the network had not received a subpoena and would evaluate it if one does arrive.

Holmes sent a package containing the notebook and burnt paper money to his psychiatrist shortly before allegedly opening fire on a midnight screening of the new Batman movie in July. Authorities haven't described the notebook's contents.

Aurora Police Det. Alton Reed testified Monday he thumbed through the notebook to see if any burnt currency remained inside but didn't stop to look at any of the pages and wasn't able to make out any writing.

"I just kind of fanned through it with my thumb," Reed said.

In court on Monday, they said they became aware of it only after Holmes' attorneys contacted his psychiatrist, Dr. Lynne Fenton, and asked for it back. The package was then found, undelivered, in the university mail room.

Aurora Police Sgt. Matt Fyles testified Monday that his department and university police disagreed over which department had jurisdiction over the notebook.

Aurora police obtained a warrant hours after the notebook was found and took custody, but Fyles did not describe how the disagreement was settled. The notebook was later turned over to the court.

Holmes is charged with killing 12 people and wounding 70. A preliminary hearing to determine if there's enough evidence for Holmes to stand trial is scheduled for Jan. 7.