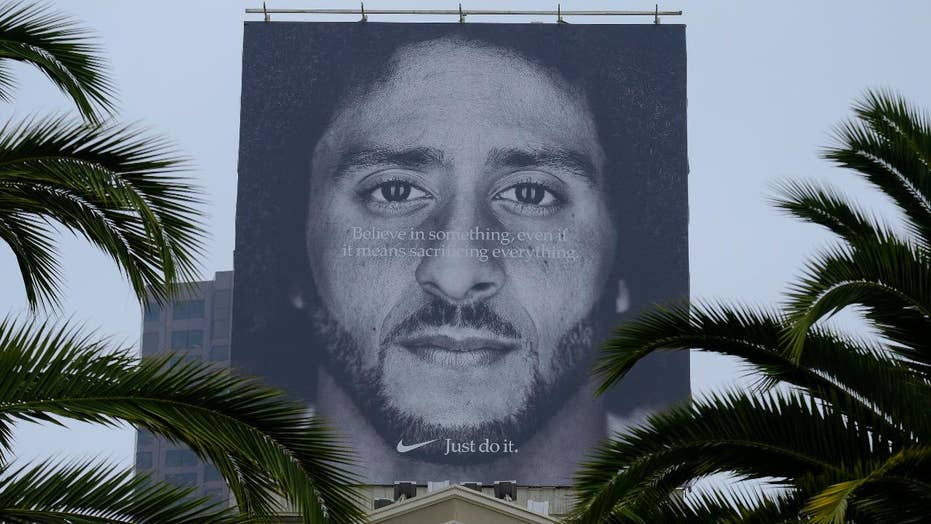 Former pro-athlete: Kaepernick did not sacrifice anything

A private Christian college in Missouri announced Wednesday that its athletic teams would no longer wear apparel manufactured by Nike after the sportswear giant tapped Colin Kaepernick as one of the faces of its 30th anniversary "Just Do It" campaign.

College of the Ozarks President Jerry C. Davis said in a statement that Nike's choice of Kaepernick was "promoting an attitude of division and disrespect toward America."

"If Nike is ashamed of America, we are ashamed of them," Davis went on. "We also believe that those who know what sacrifice is all about are more likely to be wearing a military uniform than an athletic uniform."

College of the Ozarks, which has approximately 1,400 undergraduates, competes in six sports -- baseball, basketball, cross country, golf, track and volleyball -- as a member of the National Association of Intercollegiate Athletics (NAIA).

Last year, the college added a stipulation to competition contracts, saying it would walk away from any game where the opposing team took a knee, sat or turned its back on the flag or anthem.

Over the weekend, Nike announced a multiyear agreement with Kaepernick including his own apparel line, video ads and billboards featuring his image, and a contribution to the former San Francisco 49ers quarterback's Know Your Rights charity.

A two-minute commercial narrated by and featuring Kaepernick was released Wednesday and is expected to air during college football and Major League Baseball games this weekend, as well as during the NFL season opener between the Philadelphia Eagles and Atlanta Falcons.