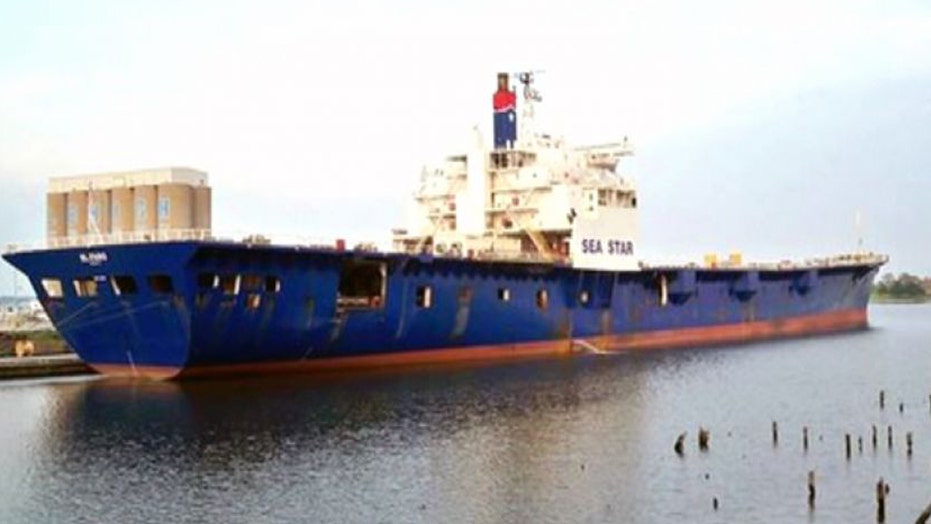 The U.S. Coast Guard was in a desperate search Monday to locate any survivors of a cargo ship that likely sank in a Category 4 hurricane on Thursday.

Crews found human remains near the ship's last known whereabouts, according to the Coast Guard. The El Faro had 28 Americans and five Polish nationals on board when it lost power near raging Hurricane Joaquin.

Search crews received multiple reports of immersion suits, lifeboats and life rafts in the water on Sunday, but hopes were dashed at every turn.

"In one of the survival suits there were human remains," Fedor said.

Search crews have so far spotted two debris fields, one large field in the ship's last known position and another about 60 miles north. Both areas are being searched using three Coast Guard cutters, three commercial tugs and several aircraft. It was a Navy P-8 aircraft flying at 27,000 feet on Sunday that spotted the largest debris field during a mission that covered 70,000-square nautical miles.

Fedor confirmed that there were two lifeboats and 46 survival suits on the El Faro. One of the lifeboats has been located with "no signs of life." Fewer than a handful of the survival suits have been found, Fedor said.

Officials said they received notification that the ship had lost power around 7 a.m. ET Thursday near Crooked Island in the eastern Bahamas, one of the islands most battered by the storm. The 33 people aboard the El Faro had to abandon ship and try to survive in treacherous conditions.

"I don't know what the master was thinking or what his company told him," Fedor said.

The El Faro was carrying 294 trailers and automobiles in its hold, in addition to the 391 shipping containers above deck, as it battled 20 to 30 foot seas, according to Fedor.