Violence in downtown Chicago resulted in eight deaths and a canceled theater production over the weekend, with police trying to maintain control.

The eight deaths accounted for just one quarter of the shootings that took place in the city, which totaled 32 by Sunday night, local ABC7 reported.

"The Chicago Police Department will not tolerate violence anywhere in this city, including in our downtown area," the Chicago Police said in a statement following an incident that led to the cancelation of a scheduled performance of "Moulin Rouge" at Chicago's Nederlander Theatre.

Broadway in Chicago, which produced the show, said in a statement that the cancelation was "[d]ue to an earlier disturbance in the Loop on Sunday afternoon." 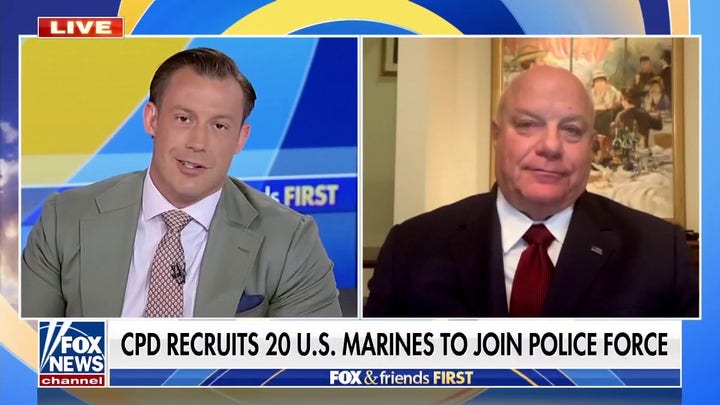 Police said that [i]n light of the shooting that took place in the Theater District, additional resources will be deployed to supplement the 1st District's regularly assigned patrols."

The target of one deadly Saturday afternoon shooting was allegedly trying to rob two other men at the time. According to the local ABC station, the pair was walking from a store to a car when they began talking to a third man, who then followed them into the vehicle, took out a gun and struck one of them with it and told them to give him their belongings,

Police told the outlet that in response, one of the other men took out a gun and shot him in the forehead, chest, and leg.

The number of shootings is actually less than the previous weekend, which saw 42 shootings, also resulting in eight deaths.