Warning: The following video could be disturbing for some viewers 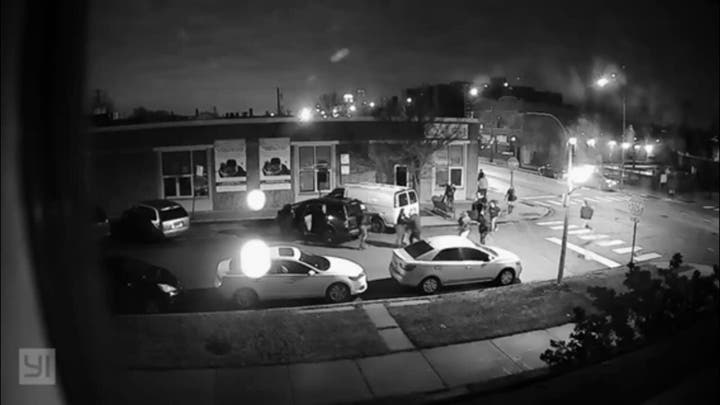 A Chicago man and convicted felon who was on parole when he allegedly shot and killed three people during a birthday party in over the weekend has been charged in the slayings.

The shooting occurred at about 2:30 a.m. Sunday during a birthday party for the niece of a bar owner, Fox Chicago reported. Parsons-Salas was allegedly invited by a third party and was told at some point to leave the gathering.

Surveillance video appears to show him going to a vehicle to retrieve a weapon, police said. A fight ensued outside the bar, and he began shooting, authorities said.

Vera and Pozuelos were shot in the head and body and pronounced dead at the scene, according to police and the Cook County medical examiner’s office. Tavares was taken to Mount Sinai Hospital and was pronounced dead.

Video of the shooting shows the gunman walking over and shooting someone who appears to be on their knees on the ground before fleeing the scene in an SUV.

Authorities said a woman was in the vehicle and was held against her will, resulting in the kidnapping charge.

Parsons-Salas was taken into police custody Monday. He was released in September for a home invasion, Chicago Police Supt. David Brown said.