Multiple members of a Chicago Police Department anti-gang unit have been stripped of their authority following a federal probe into allegations that they robbed drug dealers.

The decision to suspend the police powers of a sergeant and several officers – who were on the department’s Area Central anti-gang team – came after nearly a yearlong probe by the FBI and Chicago police Internal Affairs Division, the Chicago Tribune reported.

Authorities raided at least two of the officers’ homes Tuesday. Although no arrests were made, criminal charges were expected to be filed.

The investigation started after an informant told federal authorities that he had been robbed by members of police anti-gang unit. Authorities reportedly set up a sting operation to catch the officers on undercover video.

The unnamed 45-year-old sergeant has been working in the department since 1996 and has seen 23 complaints filed against him during his 21 years on the force, including alleged illegal arrests, civil rights violations and improper use of a weapon, the Tribune reported.

The sergeant has also been named in four federal lawsuits since 2001, including a still open case regarding a fatal 2014 police shooting of an allegedly suicidal man who attacked the officers with a knife. 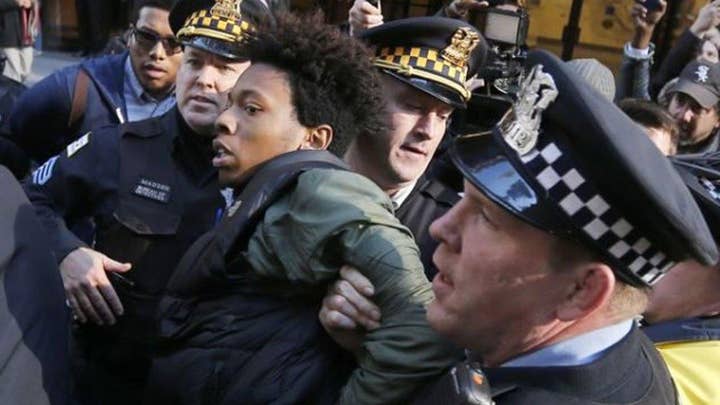 The latest scandal is another setback to the Chicago Police Department still reeling from the shooting of 17-year-old Laquan McDonald and other scandals such as officers allegedly stealing cash and drugs from drug dealers. The Obama Justice Department indicted the department in January 2016 and accused the police officers of being poorly trained, undisciplined, and inadequately supervised.

In a bid to avoid federal government intrusion, however, Chicago Mayor Rahm Emanuel worked with U.S. Attorney General Jeff Sessions’ Justice Department to come up with an agreement that avoids federal oversight on police reforms.

A spokesman for the police said “integrity and accountability are paramount” to the force but did not comment on the probe “until or unless criminal charges are filed.”